How long has R. Kelly been in jail? Singer held without bail since 2019
WLS
By ABC7 Chicago Digital Team 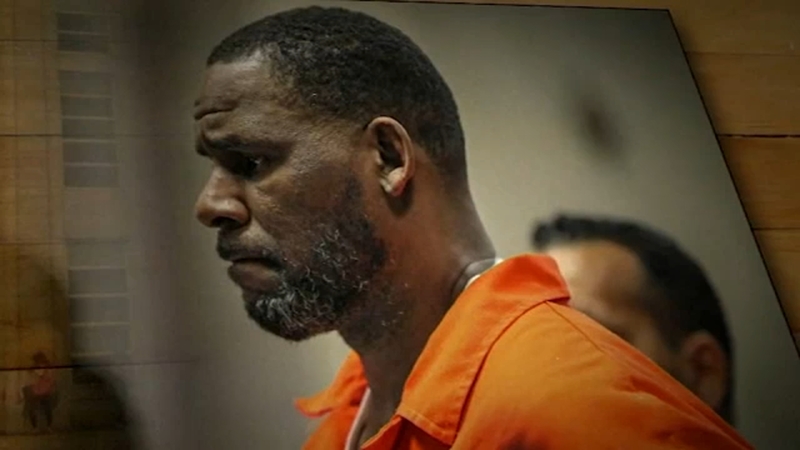 She said the MDC in Brooklyn, where Kelly is being held until his sentencing in May, indefinitely suspended all jail visits nearly a month ago, and Kelly's COVID-19 diagnosis interfered with his ability to speak with counsel by telephone.

Bonjean said it's important that Kelly has input in his post-trial defense.

She also said Kelly decided to part ways with his trial team.

Chicago attorney Steve Greenberg said the 20 years or more that the government is likely to request will be tantamount to a life sentence for the 54-year-old.

A jury of seven men and five women found Kelly guilty of racketeering on their second day of deliberations.
The charges were based on an argument that the entourage of managers and aides who helped the singer meet girls - and keep them obedient and quiet - amounted to a criminal enterprise.

The defense labeled the accusers "groupies" and "stalkers."
Defense attorney Deveraux Cannick questioned why the alleged victims stayed in relationships with Kelly if they thought they were being exploited.

The New York case is only part of the legal peril facing the singer. He also has pleaded not guilty to sex-related charges in Illinois and Minnesota.

A Chicago trial date for singer R. Kelly has been set for August in a federal case that includes child pornography, obstruction of justice and sexual abuse charges.