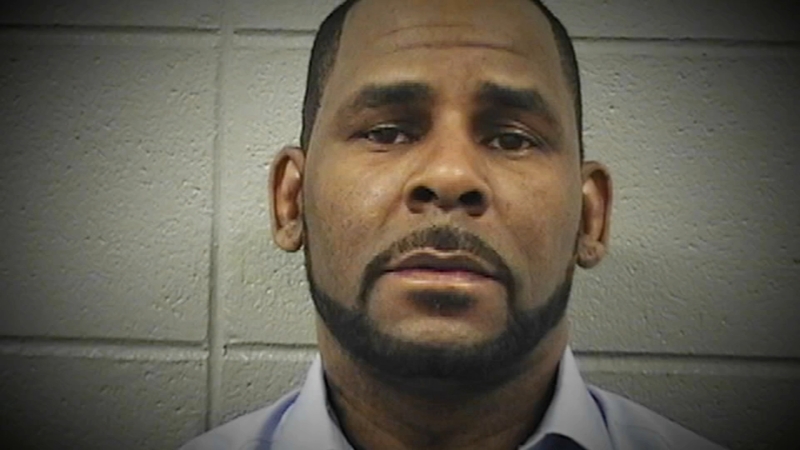 CHICAGO (WLS) -- A Chicago trial date for singer R. Kelly has been set for August of next year in a federal case that includes child pornography, obstruction of justice and sexual abuse charges.

Kelly appeared virtually Wednesday morning with lawyer Steve Greenberg, who will continue representing him in the Chicago case. A trial date for the Chicago case was set for Aug. 1, 2022.

The case will be back in court for a status hearing in late May.

Greenberg also revealed that it's his understanding that Kelly is now bringing in additional lawyers in his New York case.

After a conviction in New York, Kelly now has something in common with Chicago mob bosses, leaders of the Hells Angels and El Chapo: He is a convicted racketeer.

Federal prosecutors in New York invoked what's known as the "RICO Act" to take down Kelly, who for decades seemed untouchable by law enforcement despite women telling horrid stories of sex abuse.

Greenberg said that the 20 years or more that the government is likely to request will be tantamount to a life sentence for the 54-year-old ex-R&B superstar.

A jury of seven men and five women found Kelly guilty of racketeering on their second day of deliberations.

The charges were based on an argument that the entourage of managers and aides who helped the singer meet girls - and keep them obedient and quiet - amounted to a criminal enterprise.

"I've been practicing law for 47 years. During this time, I have pursued many sexual predators who have committed crimes against women and children. Of all the predators that I have pursued, however, Mr. Kelly is the worst, for many reasons. First, he used the power of his celebrity to recruit vulnerable underage girls for the purpose of sexually abusing them," Glorida Allred, the attorney for the alleged victims, said in a post trial interview.

"Many of his victims had the courage to speak up and tell their truth under oath in a court of law. I am very proud of my clients who agreed to testify in this case. I thank them for trusting me, law enforcement and the jury to find the truth. My clients who testified, fought through their fear and relive their painful experiences with our Kelly and his enablers are Kelly's victims handled themselves with dignity and survived intense cross examination," Allred said.

The defense labeled the accusers "groupies" and "stalkers."

Defense attorney Deveraux Cannick questioned why the alleged victims stayed in relationships with Kelly if they thought they were being exploited.

Some of the most harrowing testimony came from a woman who said Kelly took advantage of her in 2003 when she was an unsuspecting radio station intern. She testified he whisked her to his Chicago recording studio, where she was kept locked up and was drugged before he sexually assaulted her while she was passed out.

When she realized she was trapped, "I was scared. I was ashamed. I was embarrassed," she said.

She said one of R. Kelly's employees warned her to keep her mouth shut about what had happened.

Other testimony focused on Kelly's relationship with Aaliyah. One of the final witnesses described seeing him sexually abusing her around 1993, when Aaliyah was only 13 or 14.

Jurors also heard testimony about a fraudulent marriage scheme hatched to protect Kelly after he feared he had impregnated Aaliyah. Witnesses said they were married in matching jogging suits using a license falsely listing her age as 18; he was 27 at the time.

Aaliyah, whose full name was Aaliyah Dana Haughton, worked with Kelly, who wrote and produced her 1994 debut album, "Age Ain't Nothing But A Number." She died in a plane crash in 2001 at age 22.

In at least one instance, Kelly was accused of abusing a victim around the time he was under investigation in a child pornography case in Chicago. He was acquitted at trial in 2008.

"Today's guilty verdict forever brands R. Kelly as a predator, who used his fame and fortune to prey on the young, the vulnerable and the voiceless for his own sexual gratification. A predator who used his inner circle to ensnare underage girls, and young men and women for decades in a sorted web of sex, abuse, exploitation, and humiliation," said Jacquelyn Kasulis, the acting US Attorney for the Eastern District of NY.

In New York, dozens of witnesses provided excruciating details of abuse by Kelly over the decades, all wrapped up into a neat racketeering package.

ABC7 Legal Analyst and former Chicago federal prosecutor, Gil Soffer, said the New York charges against Kelly were "death by a thousand cuts" -- something the government was unable to pull off in previous investigations.

"You know, it's, this could simply have been prosecutors taking the time at the federal level to piece together all the different stories, they'd heard all the different accounts from all these different witnesses and come to the realization that it made for a compelling case and a winnable one, remember that we saw charges here not only in New York but also in Chicago, federally being brought at the same time. And so I think they just hit a critical mass of witnesses and evidence that convinced them. Now is the time and obviously this verdict proves them right," Soffer said.