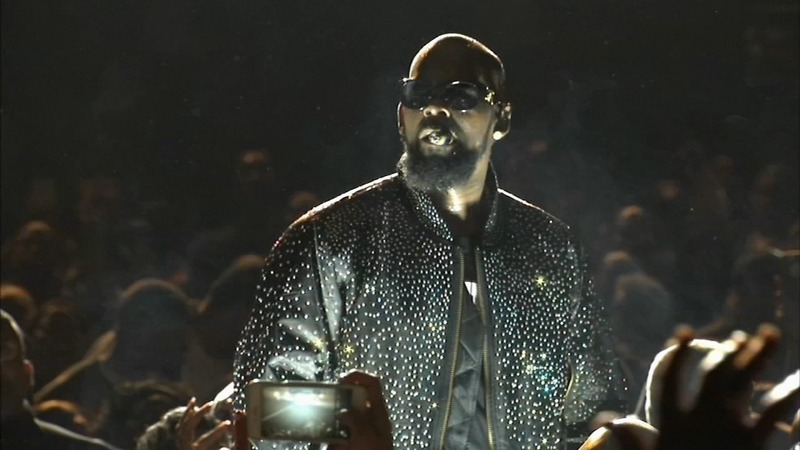 CHICAGO (WLS) -- R. Kelly is vacating his Chicago studio, according to a statement Wednesday by his attorneys, Steve Greenberg and Melvin Sims.

A judge issued an order Feb. 8 limiting Kelly's access to his studio between the hours of 9 a.m. and 9 p.m. The order came after concerns of women living at the West Side studio -- which is not zoned for residential use -- prompted an inspection by city officials, during which they discovered several code violations and what appeared to be a bedroom set up inside the studio.

Chicago entertainer R. Kelly is facing criminal investigations in several jurisdictions, after new and recent allegations that he had sexual relationships with underage girls.

Kelly opposed the judge's order in court documents, saying he is more creative at night and that the time restriction effectively amounts to a stop work order.

On Wednesday, a statement by Kelly's lawyers said the judge's order was "without any logical rationale" as other recording studios in Chicago and worldwide are allowed to operate 24 hours per day, and likened the singer to other famous creatives and world leaders known for working at night, including Thomas Edison, F. Scott Fitzgerald, Winston Churchill and Beethoven.


They blamed the increased media presence and attention on the singer's studio for his departure from the studio.

RELATED: Protesters call for prosecution, boycott of R. Kelly outside Chicago studio in wake of docuseries

"R Kelly can never be creative and do his job under these circumstances which leaves him no choice but to leave his building," the statement said in part.

Kelly's activities have been under scrutiny since January, following the broadcast of the Lifetime docuseries "Surviving R. Kelly," which revealed a 20-year history of allegations of domestic abuse and sexual misconduct involving minors.

Earlier this week Greenberg denied reports that a Cook County grand jury was being convened to look into the accusations surrounding Kelly.