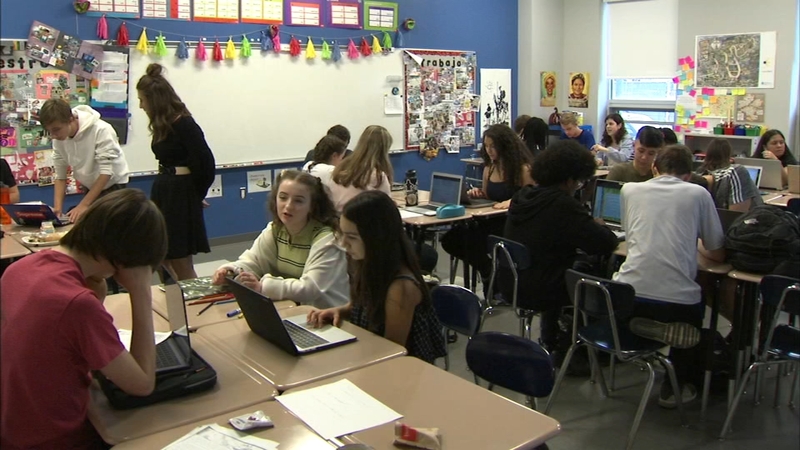 CHICAGO (WLS) -- From major gains in test scores and graduation rates to massive school closings and a teachers strike, Chicago Mayor Rahm Emanuel will leave office with many highs and lows on the education front.

"I am most proud that we've added four years of educational time to a child's education in Chicago, it's the largest increase ever in America. Full day pre-K, full day kindergarten never existed, and a full day of education and the results are what I'm most proud about," Mayor Emanuel said, while talking about his education legacy.

Students have also shown strong gains in reading tests scores, up to 61 percent at or above national standards in 2018, compared to 46 percent in 2013. There have also been record gains in math scores up to 57 percent compared to 45 percent in that same time frame.

"The public schools have made progress in the city. I think a lot of it has been in spite of Rahm not because of Rahm," Chicago Teachers Union President Jesse Sharkey said.

Sharkey said the union's relationship with Emanuel has been rocky from the start.

Emanuel admits he mishandled the situation by not first talking with former CTU president Karen Lewis.

"She'd have probably told me, 'It's your problem. Big job, big chair. You fix it.' My problem is, I never gave her a chance to sit at the table and tell me that," Emanuel said.

Emanuel will be also remembered for shuttering 50 schools, which the union sees as retaliation for the strike. But Emanuel brushes off the criticism.

He added that when he has students personally thank him and share success stories, that's what sticks with him.