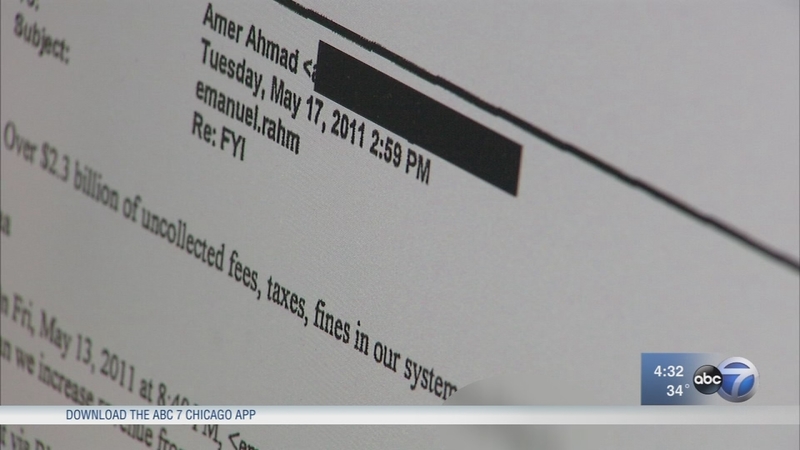 CHICAGO (WLS) -- Mayor Rahm Emanuel and his staff are still dealing with the fallout from Wednesday's release of the mayor's personal emails.

The mayor's office has made the best of Wednesday's lawsuit settlement. They noted nothing embarrassing or especially controversial in the now-public emails that suggest Emanuel is focused on doing his job.

The Better Government Association, the watchdog organization that filed the lawsuit, settled its case with an agreement: 2,700 emails from Emanuel's personal account would be made public. Chicago's policy moving forward will be that no public business can be conducted via personal e-mail accounts.

"This should go a long way to ending the cloak of secrecy that has shrouded so much of city business," said Andy Shaw of the Better Government Association.

But a legal expert told ABC7 that the city is not bound by the settlement. Kent College of Law Professor Harold Krent said a lawsuit resolution that included a court order would be most effective.

The Chicago Tribune has not dropped its similar, but separate lawsuit against the city that could end with a court ruling.

Emanuel confirmed the BGA settlement a few hours after he thanked billionaire Ken Griffin for a $12 million dollar donation to the park district. Griffin is one of the business leaders who knew about and emailed the mayor's personal account.

Also noteworthy, there were no emails related to the Laquan McDonald police shooting that were exchanged during Emanuel's spring, 2015 re-election campaign.

Krent said he's not surprised or alarmed that the BGA settlement allowed Emanuel's attorney to decide which emails were city-government related.

"Is that the fox guarding the chicken coop? Some people think so but there's really no other way to run this system without being incredibly expensive by having third party judges sit there and read through thousands and thousands of e-mails," said Krent.