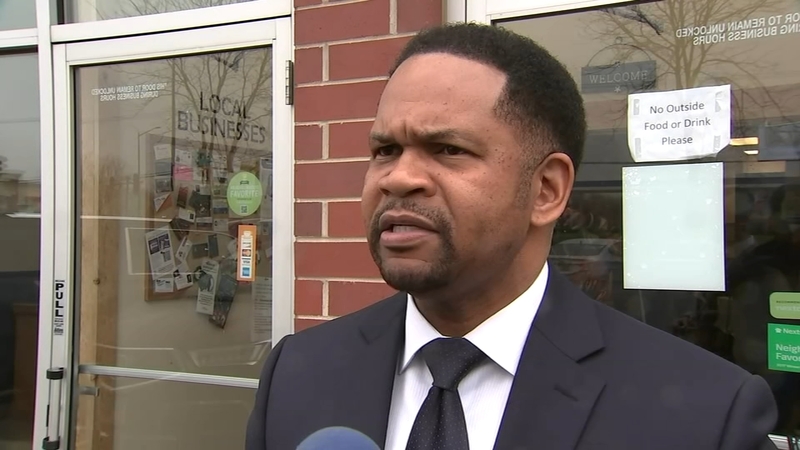 Irvin reacts after Griffin drops another $25M in campaign coffers

AURORA, Ill. (WLS) -- Republican candidate for Illinois governor Richard Irvin spoke about the homestretch to the primary after his campaign got another mega million dollar donation.

Aurora Mayor and Republican candidate for Governor Richard Irvin was surprised to see us Friday at a coffee shop ribbon cutting. Irvin has not met with Chicago reporters since a round of one on one interviews after launching his campaign back in January.

Instead, he has relied on well-produced campaign commercials to reach voters funded by billionaire Ken Griffin, who donated $20 million to Irvin in February and just dropped another $25 million into the campaign.

"Listen, we've got over 7,600 individual donors, you know, and we're looking to make sure that we spread our message and our word and because of it," Irvin said. "That's why people are donating to the campaign because they want to see some change in the state of Illinois."

Griffin has said he is "all in" to defeat fellow billionaire JB Pritzker. The governor's campaign released a statement saying: "Richard Irvin is in trouble and Ken Griffin knows it. Voters can see this exactly for what it is: 25 million reasons for Irvin to keep hiding."

Southern Illinois State Senator Darren Bailey, who looks to be Irvin's chief rival for the GOP nomination, minced no words on Griffin and his mega millions for Irvin.

"I think it says he doesn't like to lose, he's afraid he might have picked a loser," Bailey said.

"He's behind and it's going to take more money. If they were as confident as they as they might appear to be, he wouldn't be needing an influx of $25 million."

But Irvin's campaign is clearly comfortable with their campaign strategy, which appears to be geared to protect him through the June 28 primary.

Unlike many of his opponents, Irvin would not comment on the possibility of the Supreme Court overturning Roe v. Wade.

"That's a leaked draft out of the Supreme Court. That's not a final draft," Irvin said. "I think it's irresponsible for us to opine and hypothesize on a draft when we don't have the final decision. So we got to wait for that final decision."