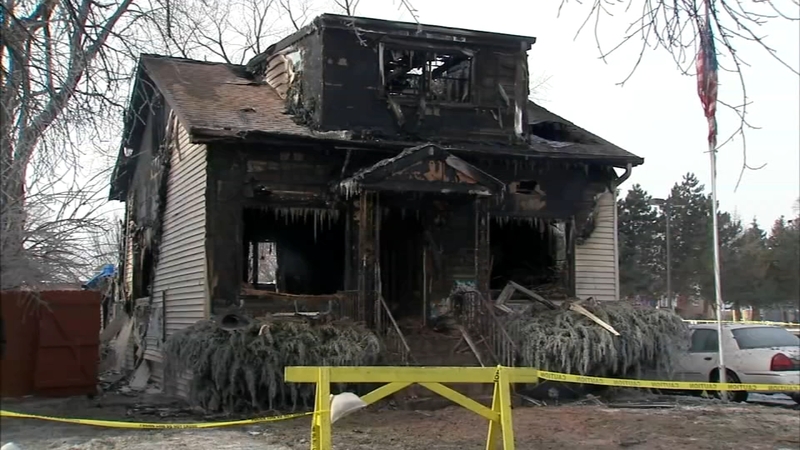 Firefighters responded to a report of a garage fire at about 7:24 a.m. in the 2300-block of Grove Street, River Grove Fire Chief Sean Flynn said. The house was then fully engulfed when firefighters arrived.

Marilyn Owrey Hennig, 91, was found dead on the first floor and two others, 61-year-old John Owrey and 24-year-old Michelle Owrey, were found dead on the second floor. A 56-year-old man outside the house was transported to Loyola Medical Center in critical condition with smoke inhalation.

Mike Defrancesca lives across the street and saw the fire burning and his neighbor outside calling for help.

"He was screaming people were still in the house," Defrancesca said.

Defrancesca's Ring doorbell camera captured images as the fire spread from the detached garage to the house. He tried to help get the people out.

"We were seeing if we could go around the front and help and the fire just spread through the house so fast," he said.

"A gentleman was screaming really loud for everybody to run and evacuate and call 911," Anne Ford, a neighbor said.

"This type of weather definitely hinders any first responders or anything they do, especially when it comes to trying to get hydrants that aren't frozen and just the wind conditions as well," Flynn said.