The Republican National Convention is drawing in some young Illinoisans.

This comes after some of Tuesday night's messages were geared toward younger voters.

Young people can be an unpredictable voting block, even though they have gotten more politically engaged in recent years.

But the Republican convention has been making some deliberate attempts to reach millennials, and it appears to be having an impact.

"There was a hopeful message that people have been needing and looking for quite some time. And I think we got it last night," said Stephanie Rhinesmith, executive director of NXTgen Illinois.

"I like the positive message that the republicans are putting forward," said Chris Kasperski, Republican candidate for state Senate, 31st District.

Kasperski is a 32-year-old Army combat veteran who survived three roadside bombs in Afghanistan and is now running for the 31st District state Senate seat in Lake County.

The two millennials are closely watching the presidential election and are impressed with the message and the messengers of the Republican National Convention.

"We're feeling that our voices are heard, we're seeing our leaders step up and, you know, provide the solutions and unprecedented times that we need, and I think that is gonna certainly help increase support for the president," Rhinesmith said.

"Now I'm seeing a lot of younger Republicans who are maybe on the fence about him in 2016, who are now calling out. They're getting more involved, getting more engaged," he said.

But there is also a realization that the president has turned off people in his own party.

"I think those people need to take a look at what the next five years will look like in terms of policy and procedures, if there is a President Biden or a President Trump, and they need to think where their lives in five years, what it should look like," Rhinesmith said.

Much is riding on what the president says in his acceptance speech Thursday and does after that.

"A lot of this will be a referendum on how he performs over the next, you know, 60 days," Kasperski said.

The theme of Wednesday's convention is Land of Heroes. 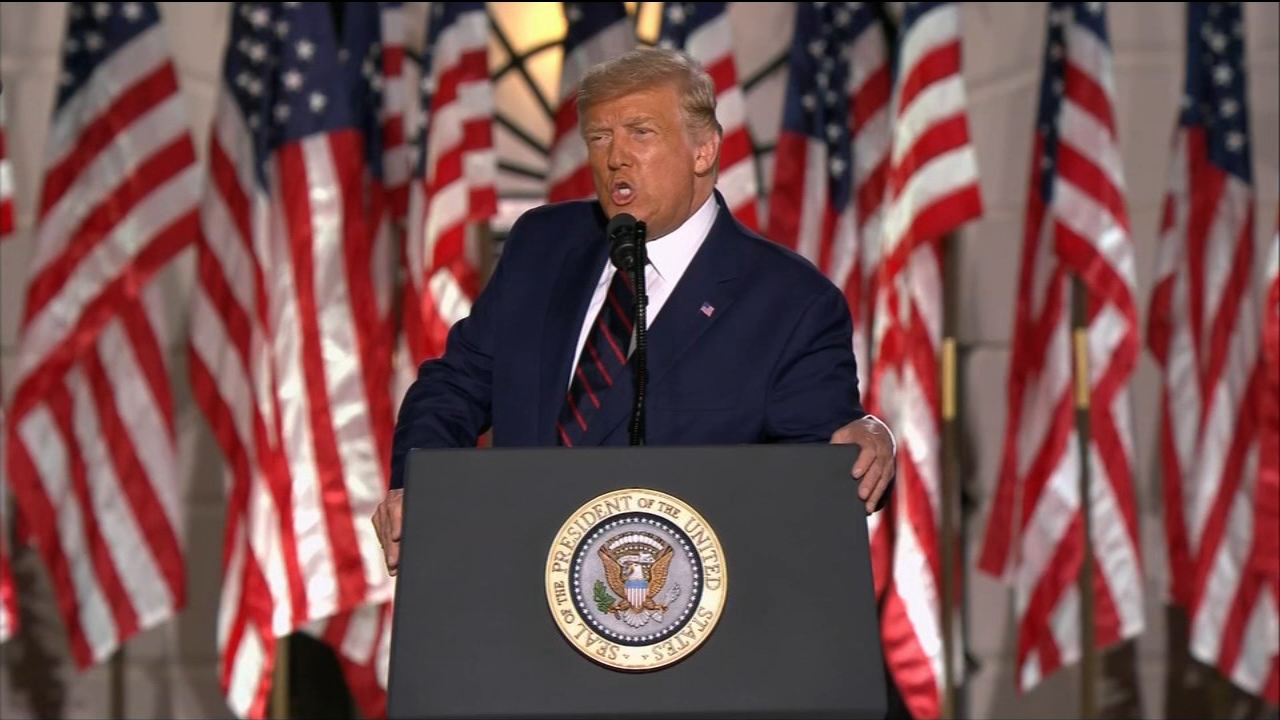