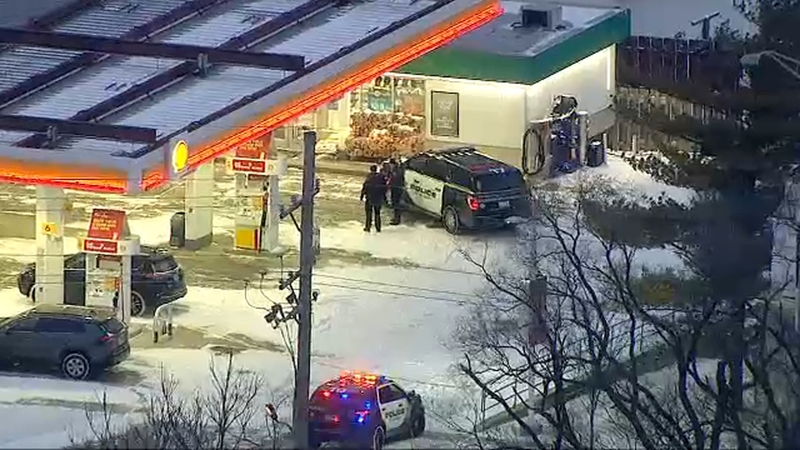 Three male suspects entered a Shell gas station, located at 301 W. Butterfield Road, about 5:45 a.m., Elmhurst police said. They were reportedly wearing hooded sweatshirts and masks. One of the individuals displayed a black handgun and then pushed a gas station employee into a back room, police said.

The two others then stole money from the cash register and cigarette cartons from the store, according to police. The three left the store, and no one was injured in the incident.

Police and K-9 units searched the area, but the robbery suspects remained at large later Tuesday. Tire tracks in fresh snow could be seen in a rear alley leading onto Butterfield Road Tuesday morning, police said.

Elmhurst police did not have a description of the suspects' vehicle, but authorities were looking for security footage of the alleged robbery.