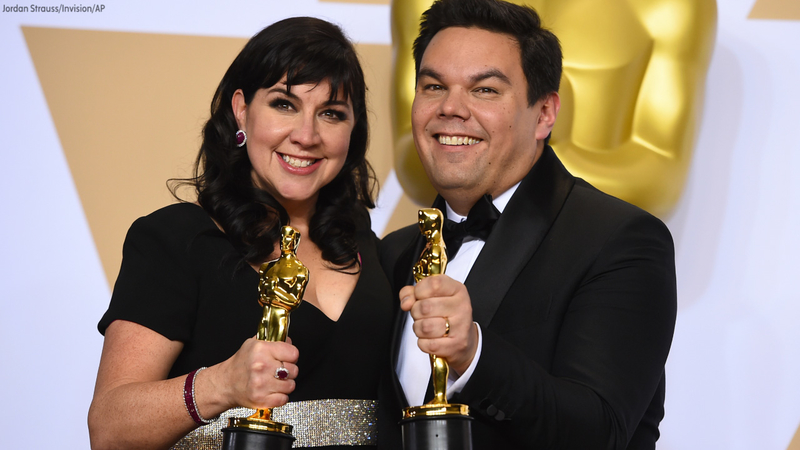 Songwriter Robert Lopez made entertainment history with his win at Sunday night's Oscars by becoming the first person to achieve the "double EGOT."

EGOT is an acronym for actors and performers who have won an Emmy, Grammy, Oscar and Tony Award. Only 12 people have achieved the feat, but Lopez is the first person to win at least two of each award.

Lopez won his second Oscar with his wife, Kristen Anderson-Lopez, for their song "Remember Me" from Pixar's "Coco." He won his first Oscar for Best Original Song with his wife for "Let It Go" from "Frozen."

In 2014, he became the youngest person to achieve the feat at 39. Four years later, he did it twice.