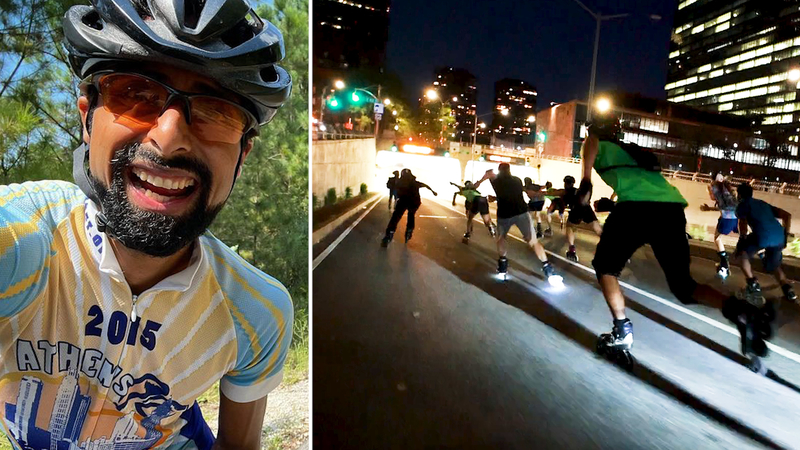 NEW YORK CITY -- New York City's skating scene is alive and thriving during the pandemic, thanks in part to an enigmatic figure at the scene's center who goes by the name "Sonic."

Arnav "Sonic" Shah got his first pair of skates at age 11 and immediately found himself sliding down the playground slides in the Queens neighborhood of his youth. From that moment forward, Sonic has lived life on wheels, a journey that's taken him to skating events across the world, from Iowa to Paris to the Swiss Alps, and through a wide variety of skating styles.

Now, Sonic is back where it all started, and has emerged as a leader in New York City's skating scene, which has exploded in popularity during the pandemic. From his roles as an instructor and a staff member for the city's popular group ride, "Wednesday Night Skate," to the "speakeasy skate shop" he operates in a secret location, to his tinkering with new skate technology, Sonic's motivation has been to share the joy of his life on wheels with others.