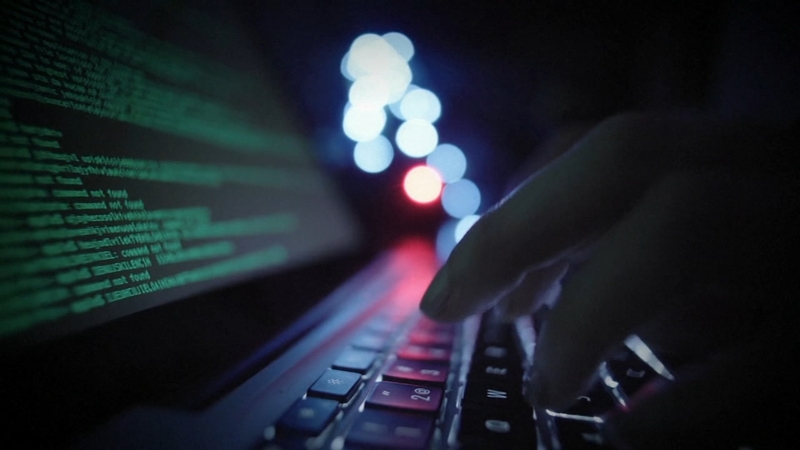 CHICAGO (WLS) -- A new FBI bulletin is warning that cyber criminals are targeting U.S. elections infrastructure and will likely "continue or increase" their activity in the lead-up to the 2022 midterm elections.

It comes as a top FBI official warned a Congressional committee that Russian "scanning" in efforts to gain access to government computer systems has increased in the past month.

Even as the Russian military continues air strikes on Ukraine, in Moscow, Russian state-sponsored cyber criminals are fighting another war much farther away - trying to attack sensitive US computer networks, according to FBI officials.

"Cyberspace is where nation-states go to learn our country's secrets," Vorndran said.

According to a new FBI bulletin, threat actors are targeting state election computers. Nine unnamed states were targeted beginning last October, according to the FBI.

They say the cyber attackers used a similar technique as the breach on Illinois state voter records in 2016, when the Russians hacked into state election board computers here.

"What we see is cyber criminals really preying on targets of opportunity. We see these criminals looking for opportunities more than precision attacks against one specific entity or one specific sector," said Vorndran.

As the I-Team first reported in February, special military units in Springfield are already accelerating training for a digital war on the cyber battlefield.

"You want to keep the adversaries out and you want to protect your your data, protect your ability to communicate to your personnel. And, and that's the defensive part. And the offensive part is that you you want to exploit weaknesses in your adversary," said Col. Shawn Strahle, Illinois National Guard.

According to the FBI, the other targets of opportunity for Russian hackers are energy computers and networks that control critical infrastructure such the power grid in the US. Vorndran testified on Tuesday that Russian state actors have been increasing their re-con scanning of those computers as well in the past month.
Report a correction or typo
Related topics:
illinoishackingcyberattackrussiaukrainemilitarytechnologyi team
Copyright © 2022 WLS-TV. All Rights Reserved.
I-TEAM
Postal police say they are sidelined during time of heightened crime
ISP combating expressway shootings with new technology, tactics
IN man pleads guilty to being in US Capitol during Jan 6 insurrection
Could remains in shrinking Lake Mead be tied to Chicago mob?
TOP STORIES
Security guard shoots man in buttocks at Millennium Park
Chicago mass shooting victim ID'd as father of 2, with twins on way
Teen boy's death after scam is part of increase in 'sextortion': FBI
At least 1 dead, 44 injured after tornado strikes northern Michigan
New documentary teaches rip current safety, survival
Dog battles mountain lion to save owner's life
9 shot, 2 fatally, on Near North Side
Show More
3 wounded in separate shootings on South Side, Chicago police say
Roz Varon's Weekender Report
Chicago Weather: Occasional showers, thunder Saturday
BARK returns to the park to support dogs in need
Russia's claim of Mariupol's capture fuels concern for POWs
More TOP STORIES News