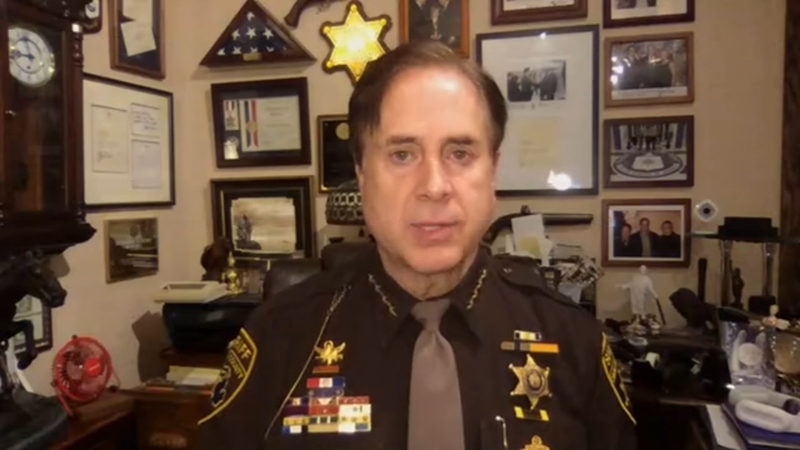 Oxford schools have closed until 2022 in response to the threats, Bouchard said. Ethan Crumbley, the 15-year-old alleged shooter, has been charged as an adult with one count of terrorism causing death, four counts of first-degree murder, seven counts of assault with intent to murder and 12 counts of possession of a firearm during the commission of a felony.

"Well, unfortunately it is not just this district, it is districts all across the state and probably across the country," Bouchard said. "And Oxford happens to be obviously one that is especially numb and especially raw from it. So I think they made the decision to close school until after the holiday break to give people a chance to calm their nerves and to make sure that people have a chance to process this unthinkable tragedy."

Bouchard said his office has looked into each of the potential threats and determined none were imminent or credible. Still, authorities have arrested a lot of young people, charging 17 of them, in connection with the threats, he added.

"But that still doesn't calm a lot of the emotions for understandable reasons," Bouchard said of the arrests.

Bouchard said his office has more investigations under way.

"The process is pretty clear," Bouchard said. "Someone makes a threat. We investigate 100% of the threats that come to us, determine first if it is credible and intervene if it is. If it is not credible, we still continue the investigation and seek criminal prosecution because the mere threat is a crime."

Violent threats against schools can put people in jail for up to 20 years, Bouchard said.

"They're not a joke. They're terrorizing people," Bouchard said. "And we're going to hold you accountable."

Bouchard said his office is encouraging students to report any threats that they see or hear.

Before Oxford High School decided to close their schools, Bouchard said, his office had 24 canines sweeping every school building in the district to give them that assurance that the buildings had been thoroughly checked. He added that his office was planning to have a "substantial" presence in and around the building to ensure safety.