16-year-old shot and killed at 'Bean' worried about Chicago crime, living past 21 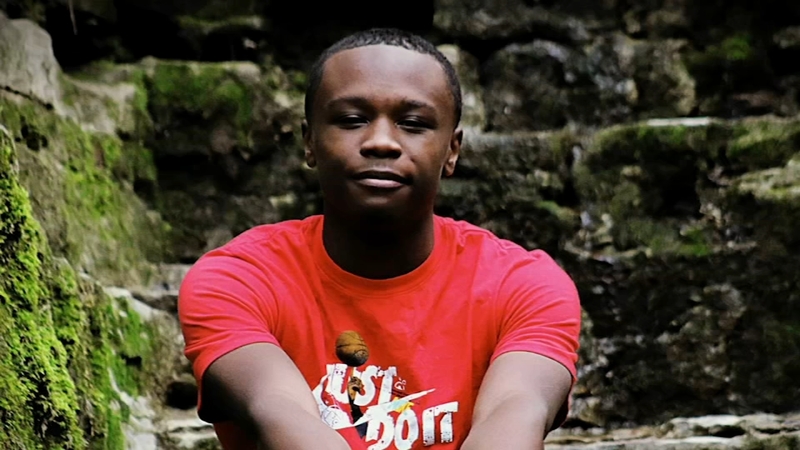 Mom of teen killed at 'The Bean' speaks out

CHICAGO (WLS) -- A 17-year-old has been charged as an adult in the fatal shooting of another teen at "The Bean" in Millennium Park Saturday night.

Marion Richardson appeared before a judge for bond court from a juvenile detention facility via video conference. Richardson was given a $250,000 bond for the murder of 16-year-old Seandell Holliday.

Seandell Holliday, the 16-year-old shot and killed at " the Bean" in Millennium Park, worried about Chicago crime and surviving his 21st birthday.

Holliday attended Gary Comer College Prep on the city's South Side. His mother said he was an electronics whiz.

"He's a genius," Chanell Holliday said. "He could fix anything."

Not long ago, his mother said she found a handwritten list of his goals and dreams.

"Ten goals he wants to accomplish, and he wants to live 'til he's 21," Holliday said. " That's all these kids have to sit up and worry about: that they're going to live. That's a sad situation. That why I don't want my kid outside. I never thought it would be my son."

Seandell was shot and killed in a crowd of kids his age at Millennium Park.

"They came to the area as part of a larger group gathering that had been advertised on social media," said Cook County, Asst. State's Attorney James Murphy.

"I told him not to go," his mother said. "I said, 'You're not going downtown.' And I got a call, Seandell was shot downtown."

The prosecutor told the judge the two teenagers exchanged words. Then, Holliday jumped on Richardson's back.

Holliday died at the park that night. At a vigil in Roseland Sunday, those who knew him recalled a thoughtful young man concerned about the violence in Chicago. He also participated in the Champs Male Mentoring Program.

WATCH: What we know about the alleged shooter

Marion Richardson was given a $250,000 bond for the shooting death of Seandell Holliday at "the Bean" in Chicago.

As for Richardson, his attorney said he was getting ready to start a new job this week. If his family can post the $250,000 bail, he would be on electronic monitoring.

According to a police report obtained by the ABC7 I-Team, Richardson told police it was his first ever arrest. Investigators said he used a 380-caliber pistol with an extended eight-round magazine. They are guns that are smaller and considered easier to hide.

Detectives said Richardson was carrying a Glock 42 model of that pistol Saturday night, also equipped with a laser targeting attachment. That laser accessory resulted in one of the three charges the teenager now faces, including second degree murder.

Authorities also claimed Richardson had eight hollow point bullets. Those are rounds that expand on impact and are considered by some to be more lethal and dangerous.

"They came to the area as part of a larger group gathering that had been advertised on social media," Murphy said.

And even though authorities say Richardson came to Bean armed with an extended magazine, fully loaded, laser equipped Glock pistol, according to the police report, the accused shooter "states it's his first arrest."