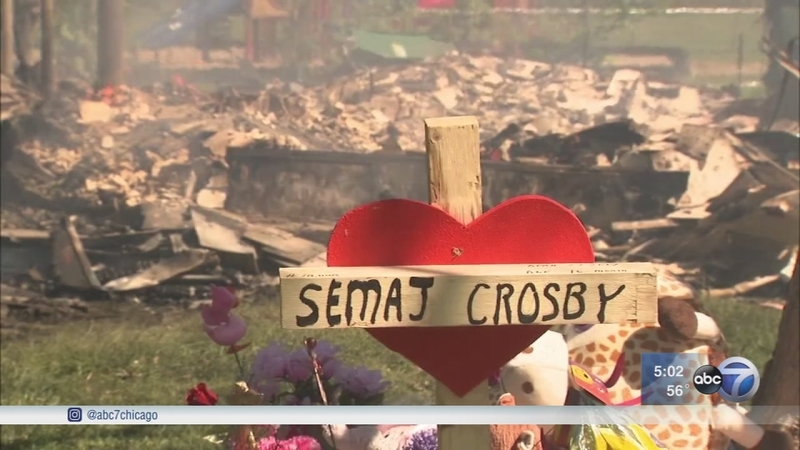 Fire officials said they responded to the call of a fire at the home in the 300-block of Louis Road at 6 a.m. and when crews arrived, they saw flames and smoke in the back bedroom.

When the chief arrived, he gave the order to let the home burn because it had become a public nuisance. There had been another fire call earlier this week at the home.

East Joliet Fire Chief Robert Scholtes said arson was "most likely" the cause of the fire, although it remained under investigation, and that an arson investigator from the department was on the scene Saturday morning.

The child's body was found inside the house after she had been reported missing. The county then condemned the property, calling it uninhabitable and photos showed the home's disheveled interior.

It's unclear if this fire will hinder the ongoing criminal investigation into Crosby's death. No one has been charged. Investigators are waiting on toxicology reports to determine how the toddler died.

On Friday, a funeral was held for Crosby.