Shark stolen from Texas aquarium by thieves with baby stroller 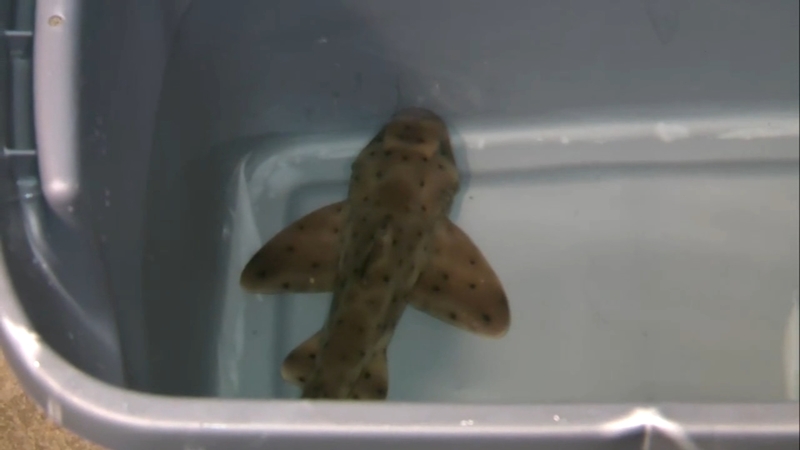 Surveillance video shows the three suspects as they stake out a tide pool exhibit for more than an hour on Saturday.

Three suspects are wanted in a bizarre shark heist in San Antonio.

The trio are accused of stealing a 16-inch-long Horn shark after pouring a bucket of bleach into the aquarium's cold water exhibit filtration system.

All of this appears to happen with at least two aquarium employees nearby.

Police say the suspects used a baby stroller to then sneak the shark out. They got away in a pickup truck, which was recovered Monday evening.

Surveillance video shows the three suspected thieves work to retrieve the shark from its tank before disappearing.

The aquarium says employees who thought something was happening followed the suspects to their vehicle, but they did not allow them to search either the car or the stroller.

The snatched shark has been recovered and returned to a petting tank.

Investigators in the San Antonio suburb of Leon Valley say one person in custody was charged Monday night. Police Chief Joseph Salvaggio says two others are expected to be charged. No names have been released.