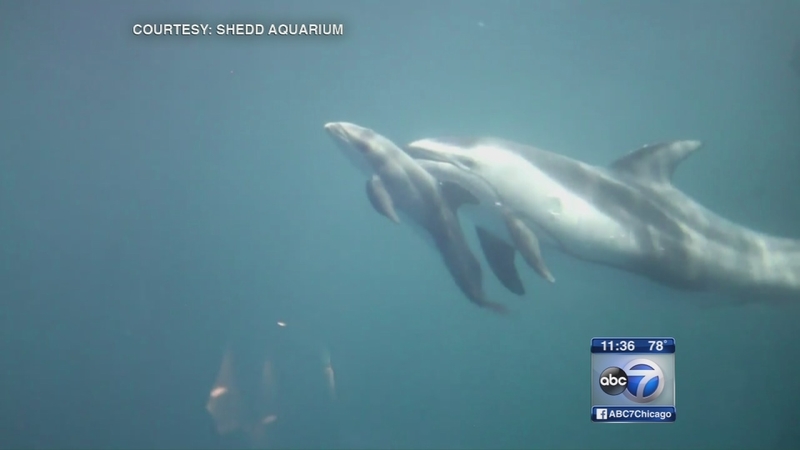 CHICAGO (WLS) -- A Pacific white-sided dolphin born at the Shedd Aquarium in April now has a name, thanks to more than 12,300 young people.

Voters under age 18 cast their ballots in a mock election over nine days, the aquarium said. They had five names to consider: Taashuka, Katnaanu, Kukdlaa, Kusti and Lekwaa.

Dr. Bridget Coughlin, president and CEO of the Shedd, and a group of young helpers announced the winning name at a special ceremony on Wednesday.

The three-month-old dolphin's name is Kukdlaa! It means "bubbles" in Tlingit, the endangered language of the indigenous people of southeast Alaska and western Canada, which are areas native to the species.

The children who attended the unveiling said they thought Kukdlaa was a perfect name for the dolphin calf.

"It sounded cute and it's just right for a little baby," said another visitor.

Kukdlaa was his mother's first calf. There are currently only 16 Pacific white-sided dolphins in North American zoos, making his birth even more significant.

He is now more than 3.5 feet long and weighs about 50 pounds, which is about double his birth weight. He's still nursing, so his next milestone will be eating fish.

Pacific white-sided dolphins are known for their amazing aerial abilities and are some of the fastest swimmers in the ocean, clocking in at about 25 miles per hour.

Shedd guests should be able to see the growing dolphin in one of the aquarium's shows within the year.