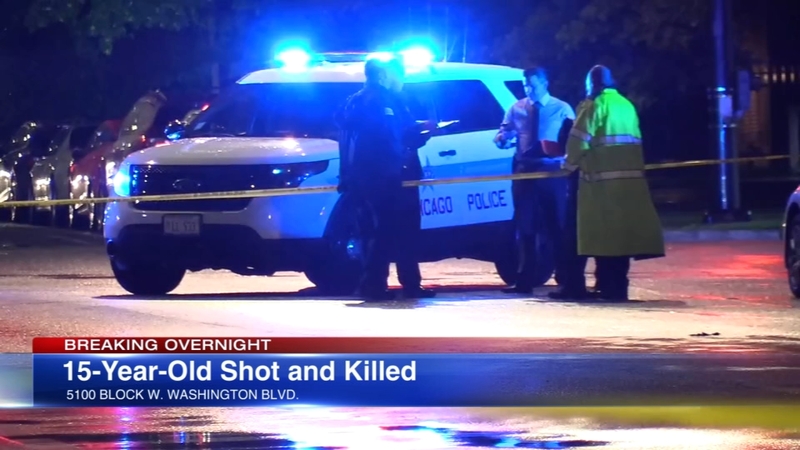 CHICAGO (WLS) -- A teenager shot and killed Sunday morning in Austin has been identified, according to the Cook County medical examiner's office.

15-year-old Dovantae Jackson was found unresponsive on the street and pronounced dead on the scene, police and the Cook County medical examiner's office said.

According to police, officers responded to a ShotSpotter alert around 2:20 a.m. in the 5100-block of West Washington Boulevard and found the teenager unresponsive with gunshot wounds to the leg and back.

Officials said he lived in the area.

Police said no witnesses have come forward and there are no suspect leads at this time.