Shrine of Our Lady of Guadalupe remembers Cardinal George 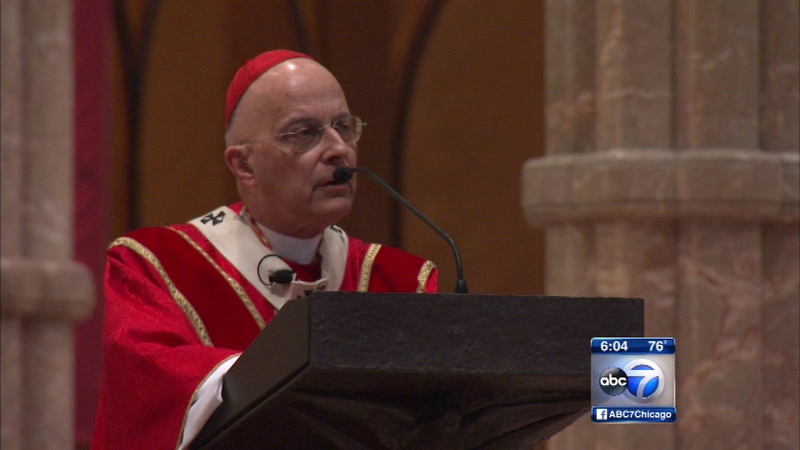 DES PLAINES, Ill. (WLS) -- Cardinal George had a large impact on the Shrine of Our Lady of Guadalupe in suburban Des Plaines, as he was a strong supporter of the annual festival that draws thousands of people.

For years, this shrine has been a gathering place for tens of thousands; very spiritual but informal in the church's eyes until Cardinal George - even in the face of some opposition - decreed it an official shrine two years ago.

"A lot of people knew the cardinal. I'm so lucky and blessed to say I was able to know the man, to know George," said Fr. Marco Mercado, Rector Our Lady of Guadalupe Shrine.

Mercado was especially close to Cardinal George - ordained by him and later designated by the cardinal as the director of the Archdiocesan Office for Hispanic Catholics. Embracing that audience and working immigration issues was their touchstone.

"He really wanted to be in on all the meetings and say 'If you want me to support the immigration cause, if you need me to in a rally or meeting, just let me know and I'll be there," Mercado said.

Humble and simple, yet tirelessly devoted - even toward the end of life when age and illness caused him to sometimes doze off in meetings.

"When something was important, he would kind of wake up and he knew, he knew what you were talking about. He was very sharp and he got a lot of information. He was very into the meeting," Mercado said.

Mercado says the decree that Cardinal George signed will likely be put on more permanent display at Shrine of Our Lady of Guadalupe as a tribute to the cardinal.