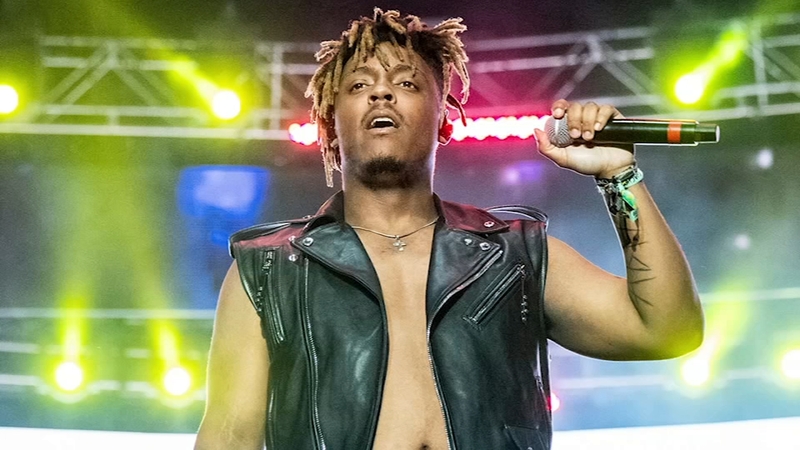 Chicago police said the 21-year-old rapper, whose birth name is Jarad Anthony Higgins, suffered a medical emergency at the airport at around 2 a.m. after getting off a private jet. He was taken to a local hospital, where he was pronounced dead.

There were initially reports Higgins suffered a seizure. The medical examiner's office hasn't yet released a cause of death, but a Chicago Fire Department spokesperson said Sunday that the 21-year-old Homewood native was treated for cardiac arrest before he was taken to the hospital.

"Shortly after arriving to Chicago he suffered what appears to be some type of medical emergency according to people traveling with him. There were no signs of foul play and all individuals aboard the aircraft are cooperating with CPD and have given all of their information," Guglielmi said."Currently we are awaiting the Cook County medical examiner on the cause and manner of death."

He said police don't expect any further updates on the cause and manner of death until Monday around 3 p.m.

After arriving in Chicago Mr. Higgins suffered what appears to be a medical emergency with no obvious signs of foul play. Individuals aboard the aircraft are cooperating. We will await autopsy results on cause & manner of death & don't anticipate any updates until 3pm tomorrow https://t.co/5mJuvx2uLR pic.twitter.com/Ptx5rKyx9O

Higgins has been known to work with artists such as Travis Scott and Lil Yachty.

Chicago rapper and activist Chance the Rapper said, "Millions of people, not just in Chicago but around the world are hurting because of this and don't know what to make of it."


Interscope Geffen A&M Records released a statement, saying "Juice made a profound impact on the world in such a short period of time. He was a gentle soul, whose creativity knew no bounds, an exceptional human being and artist who loved and cared for his fans above everything else. To lose someone so kind and so close to our hearts is devastating. Our thoughts are with Juice's family and friends, everyone at his label Grade A, and his millions of fans around the world."

Fans are also mourning the artist who many say was just at the beginning of a successful career.

"It was really touching, young up-and-coming artist from Chicago really, you know, just kind of making his way, and this happens," said fan Lania Sibley.

"I know his music touched a lot of people so hearing he was so young and passed at such an unfortunate way is very saddening," said Robyn Echols.