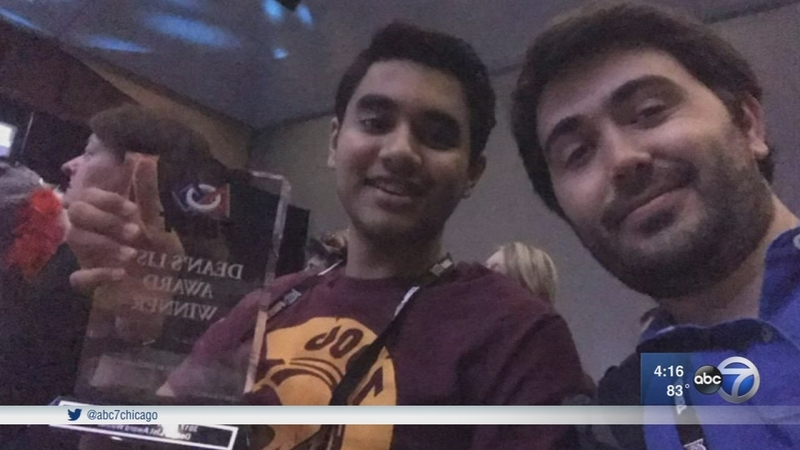 Eric Catalan and Roshaan Siddiqui have been a part of the robotics team at the CMSA for the last five years.

They said it takes teamwork to build a successful robot.

"It's really collaborative, I get work with other people so it's really fun. It's just the brainstorming process and building the robot in general," said Catalan, a junior at the Chicago Math and Science Academy.

"If you want to go big you have to have a team by you, I guess that's the big takeaway I've learned," said Siddiqui, who is also a junior at CMSA.

Even though it's a team effort, it's the individual award Siddiqui earned this year that is turning heads.

He is the first student from Chicago to win the Dean's List Award at the 2017 Robotics World Championship.

"I was so astonished that I won the award I just went to the championship to have fun with my coach, to see how the ceremonies run and then them calling out my name just one of six people was an amazing experience," Siddiqui said.

The award is given to students that go above and beyond in their skills and commitment to the competition.

"Since I'm the only one from Chicago to ever have received it, it's a great honor," said Siddiqui. "Now I know that I should leave a legacy for next year to make sure someone in the school does as great as we did this year. So just mentoring other kids and engaging them in the STEM field."

Siddiqui said the award will help him as he applies to colleges like Stanford, Massachusetts Institute of Technology, and University of Pennsylvania.

After graduation, he is already making plans to bring everything he's learned back home to Chicago.