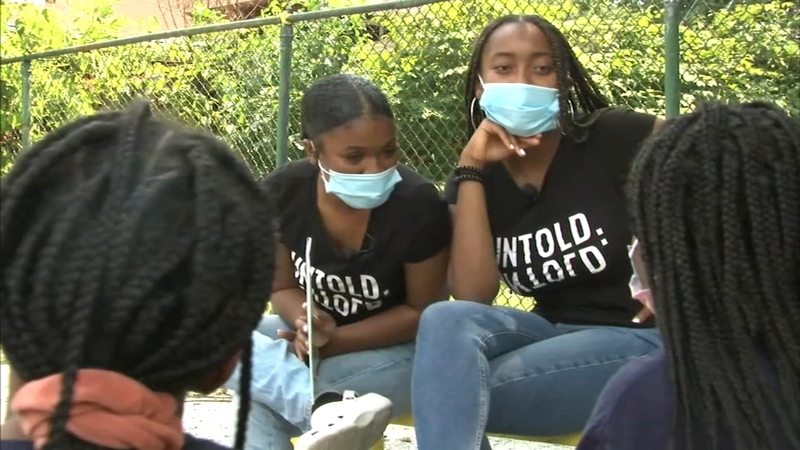 CHICAGO (WLS) -- Jordan Williams wrote "Tilly and the Tree" with a group of friends, in hopes of encouraging kids to persevere through these trying times.

"I've learned a lot the importance of adapting, communicating, as well as trusting the process and taking a leap of courage and faith," she said.


The 17-year-old and two of her fellow authors, Nyla Williams and Lehla Dillard, are giving campers at a South Side summer program a sneak peek of their roughly dozen-page literary effort.

The book is about a girl named Tilly, who learns patience and a lot more while trying to grow a tree.

"I see myself within Tilly because she could have easily given up on the tree, like onto the next thing, but instead she followed what her mom told her and gave it a little water, some sunshine and a little love, and it grew from there," Jordan Williams said.

The Whitney Young High School senior, some of her classmates and other teens formed an all-girl team who already produce a digital magazine called Untold, but wanted to do more.


"It's just empowering to be able to see people in that light, that we're all different but we have this common ground," Dillard said.

After advice from her mom and some tense moments, the book's heroine is successful and the tree becomes her best friend.

The young authors wrote and illustrated the book themselves in hopes of self-publishing and giving away at least 1,000 copies for free to Chicago Public Schools and others to encourage kids to read.