Illinois IDES unemployment callback complaints persist, some say they waited months only to be hung up on 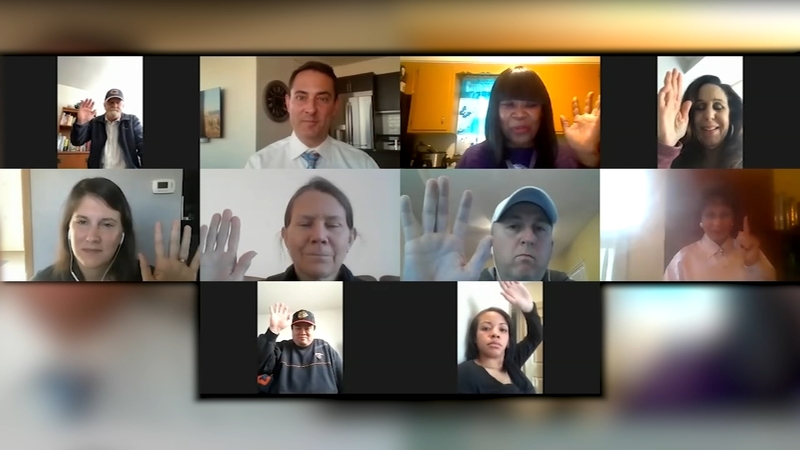 CHICAGO (WLS) -- Dozens of people have contacted the I-Team about their inability to get a call back from the Illinois Department of Employment Security.

Whether they're reaching out about unemployment benefits fraudulently filed in their name, or because they are out of work and waiting on a legitimate claim during the pandemic, they said they don't get a call back from the state within the two week goal.

"I'm beyond furious at this point. Not to be able to talk to someone," said Shelley Jaffe.

For this story the I-Team talked to nine frustrated people expressing their disappointment.

When the I-Team spoke to Kristin Richards, the Acting Director of IDES in October, she said people entering the call back queue should be getting a call back within two weeks.

"I want to say please stay with us. We're in a one to two week turnaround time right now for calls," Richards said at the time.

But some Illinoisans say they aren't getting the benefits they deserve.

"I'm very upset. I'm eight months pregnant and I haven't gotten any money since August. I'm so stressed out I don't know... I'm, like, crying," Myia Hamler told the I-Team.

"Then he puts me on hold, says I'm gonna send this to a specialist... disconnected," explained O'Malley.

"My employer received a letter stating that I filed for unemployment back in March. I am employed," said Linda Carr.

"I'm gainfully employed, I have been for a number of years, same employer for the last seven years, and on October 27th is when I received a notice in the mail with a debit card," explained Mark Orlow. "I didn't file for unemployment."

Most of the nine people in this report said they've been waiting several weeks for a callback, or they got one after months, or they were disconnected.

"I got a call back in two weeks and then I was on hold with them for 30 to 45 minutes and the got hung up on," said Becky Delgeorge.

"They actually tell me they're going to transfer me and hang up on me," added Hamler

"A person that I spoke with said you will not get another call. Don't call us again. And just wait for the letter," Carr said.

These taxpayers said they need more confirmation and a callback.
"Please explain to me how they expect people to live?" asked Jaffe.

IDES said it can't comment on specific claimants but it has paid out $19 billion since the pandemic began in March. That's over 16 times the amount in benefits paid when compared to the same time period last year. The agency added it is working hard to respond to the economic crisis while battling fraudsters who are targeting unemployment systems nationwide.

IDES also said it's in the process of hiring 189 more employees, many of them call center agents. This, IDES said, after "nearly a decade of disinvestment" in the agency. Four hundred and fifty people were added to the call center in May.

"And that's the hardest thing to do, is get a hold of someone that will talk to you or won't transfer you to a different number," said James Kim.

Kim and Taylor eventually ended up getting callbacks along with resolutions. Taylor was the success story, she says waiting almost three weeks for call back closure on her fraud case.

"I had to call them to let them know I've been retired for almost two years, there's no way in the world that I applied for unemployment," she said.