Stranger who moved into vacant Chatham home, refuses to leave says she was scammed 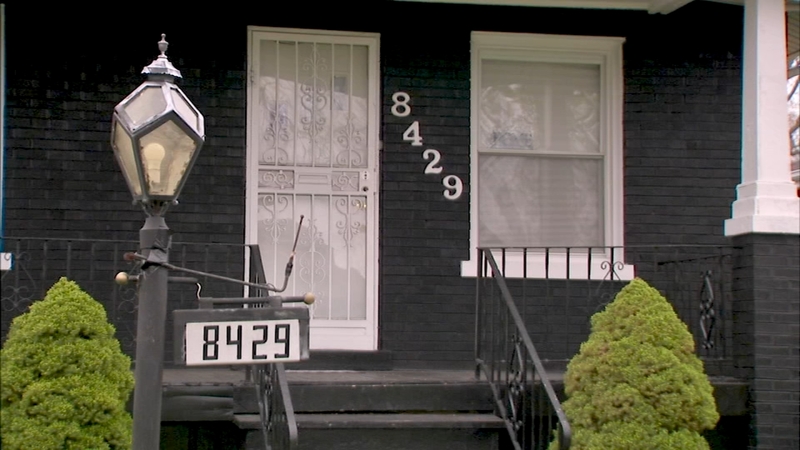 CHICAGO (WLS) -- ABC7 has an update on a story about the Chicago woman who said a stranger moved into her home and refuses leave.

It's one that had people all over the country talking. Now, community leaders are involved, and the woman living inside the home is sharing her side of the story for the first time.

Activist Andrew Holmes, along with 6th Ward Alderman Roderick Sawyer, looked for answers as they visited a home owned by Danielle Cruz. Cruz said a stranger moved into her Chatham property and refuses to leave.

Holmes saw the story and was outraged. He called ABC7's Samantha Chatman immediately, eager to get involved.

A Chicago woman says a stranger moved into her vacant Chatham property and is refusing to leave, and police say they can't do anything about it.

"If I go on vacation and all of a sudden all of the doors and the locks are changed, it's wrong. People have earned their way to buy a home. You don't have a right to take anyone's home. I don't care who you are," said Holmes.

This all started when Cruz put her house on the market several weeks ago. Cruz said shortly after, she got a call from her contractor informing her that all of her locks were changed and an unknown woman had moved inside.

Since this story first aired, Cruz said she's heard from people all over the country.

"Why do you think this story struck a chord with so many people?" Chatman asked.

"Because they know it can happen to anyone," Cruz explained.

Cruz said when she learned the woman moved into her home, she called the police. But officers said because the woman presented a lease, it's a civil matter. Police referred Cruz to the eviction courts.

Cruz said she's never met the woman before and never gave her a lease. She believes the woman inside is a squatter.

Sawyer also saw the story and decided to get involved. The home is in his ward.

"What we need to do is work on state law, our city partners, to make sure we have outlined the rights and responsibilities of owners as it relates to trespassers. They have more rights currently than the legal owners do," he said.

Sawyer and Holmes joined Cruz to get answers. After knocking on the door, they said they saw the woman in question and another adult with a child, but no one wanted to come out and talk.

"It's not just that we want to put them out on the street. We want to make sure they're okay as well. But we do want to restore balance to the rightful owners," said Sawyer.

Holmes convinced the woman to call Chatman to explain what happened.

Her side of the story

The woman inside said she is the victim of a scam and that she paid someone $3,000 up front to rent the Chatham property on a month-to-month basis.

She said she signed a lease and paid the person in cash. As for who gave her the lease, she said she can't locate or reach them now.

The woman inside said she isn't a bad person, and that she wouldn't just break into someone's home. While she plans to move out eventually, she said she wasn't going to just "up and leave" and end up on the street.

The woman inside said the only time Cruz and her husband talked to her was when they showed up with police. Since then, she said they haven't tried to work anything out with her since.

Praying for a solution

Cruz said she and her husband have done all they can to work something out with the woman inside.

Cruz said they simply don't have that kind of money to give away, especially to someone who was never their tenant.

"It honestly makes me really angry to know that she's still in there," she said.

Cruz said not only are the eviction courts backlogged, she and her husband can't afford an attorney. So, they're praying the woman will leave soon.

The woman living inside the home said she's willing to meet with Holmes and Alderman Sawyer to try to work something out. They said they are looking forward to meeting with her and hope to provide her with some assistance in relocating.