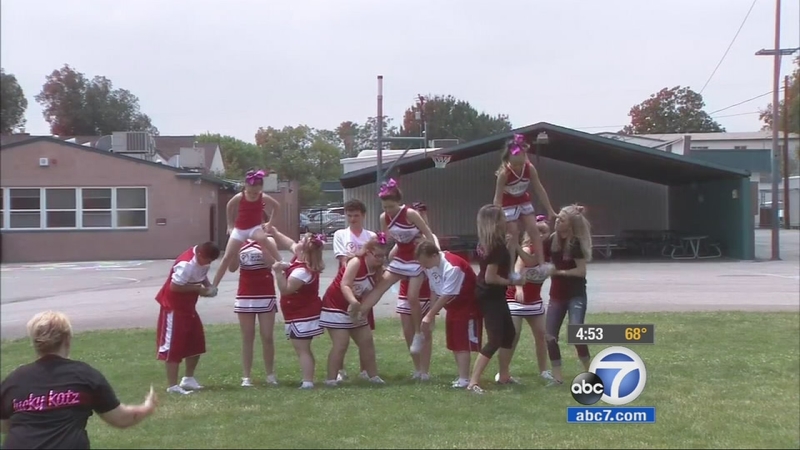 SAN BERNARDINO, Calif. -- The Lucky Katz all-star cheerleading squad really knows how to energize a crowd. The team is made up of nine members who have intellectual disabilities and two volunteers.

The squad is about to make history. For the first time, cheerleaders from all over the United States have been asked to cheer at the Special Olympics World Games.

Team coach Patricia Godsy told us about her team using the #ABC7Eyewitness. Godsy says the Lucky Katz will join 16 other teams from across the country.

"We were contacted by our friends on the East Coast that said that they wanted to bring cheerleaders, and so she went around and contacted lots of other organizations with special needs teams, put them all together, and there's 250 of us going to be there at the Special Games," she said.

At the games, they will be on the sidelines cheering on the more than 7,000 athletes and handing out medals. On Thursday, they showed off their moves to students at Our Lady of Assumption Catholic School in San Bernardino. They are a seasoned team having competed in local and national competitions.

"I like it because I like to meet lots of new people," said team captain Kimmy Boyett, a special Olympian who has won gold, silver and bronze for gymnastics and softball.

During the world games, she'll also serve as a global messenger -- a role that comes naturally to the spirited 20-year-old.