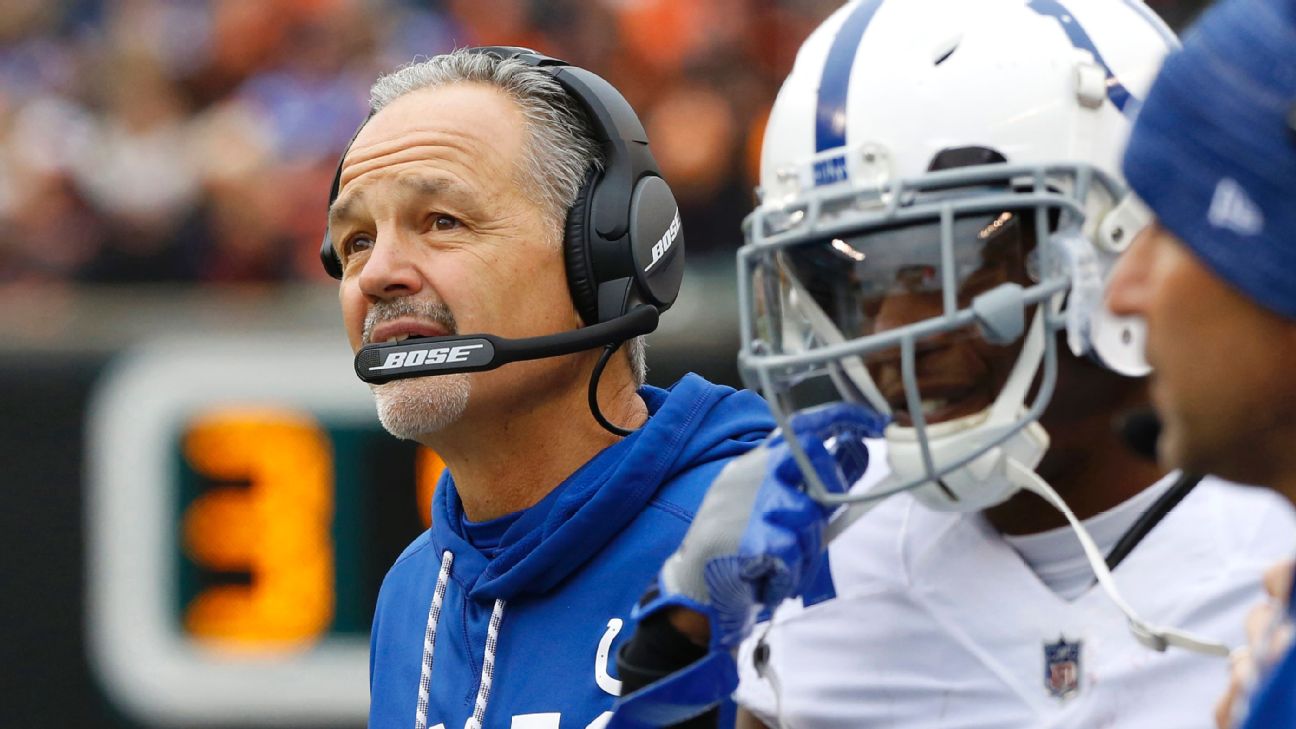 "I'm motivated to just help coach Matt Nagy be successful. Help this organization be successful. Help these kids grow and develop. That's my motivation is to be the best I can be for this organization, for the McCaskey family, for Coach Nagy and for these players and for these coaches and help develop these guys. That's the only thing I want to do."

The Bears hired Pagano on Jan. 11 to replace Vic Fangio, who left to become head coach of the Denver Broncos.

Luck led the Colts to an opening-round playoff victory over Houston before losing to Kansas City in the AFC divisional round.

"I am better, not bitter," Pagano said. "We had a great run, great experiences together. I was a lot better coach when No. 12 [Luck] was under center than I was when he wasn't, you know, and that's well documented. He probably got me a few more years than I may have deserved. I always say that. My wife is going to kill me for saying that: 'Just don't say that.' I just keep it real. But it was great to see Andrew back.

Pagano worked as an NFL consultant last season. He said that a year away from coaching allowed him to "reset, recharge and reflect."

The coaching veteran takes over one of the league's best defensive units. Chicago's defense led the league last year in yards per play (4.78), points per game (17.7), takeaways (36) and interceptions (27).

"Our vision for this defense is to be the best," Pagano said. "Can we be the best in the history of the game? The pieces are there, and they will continue to add pieces. Can we continue to be better than we were last year? Absolutely. It's going to be very, very difficult and a huge challenge, but one we will be up for."
Report a correction or typo
Related topics:
sportsespndefensive coordinatornflchicago bearsafc afcchuck pagano
Copyright © 2020 ESPN Internet Ventures. All rights reserved.
More Videos
From CNN Newsource affiliates
TOP STORIES