Blackhawks fall to Coyotes in Corey Crawford's return from concussion 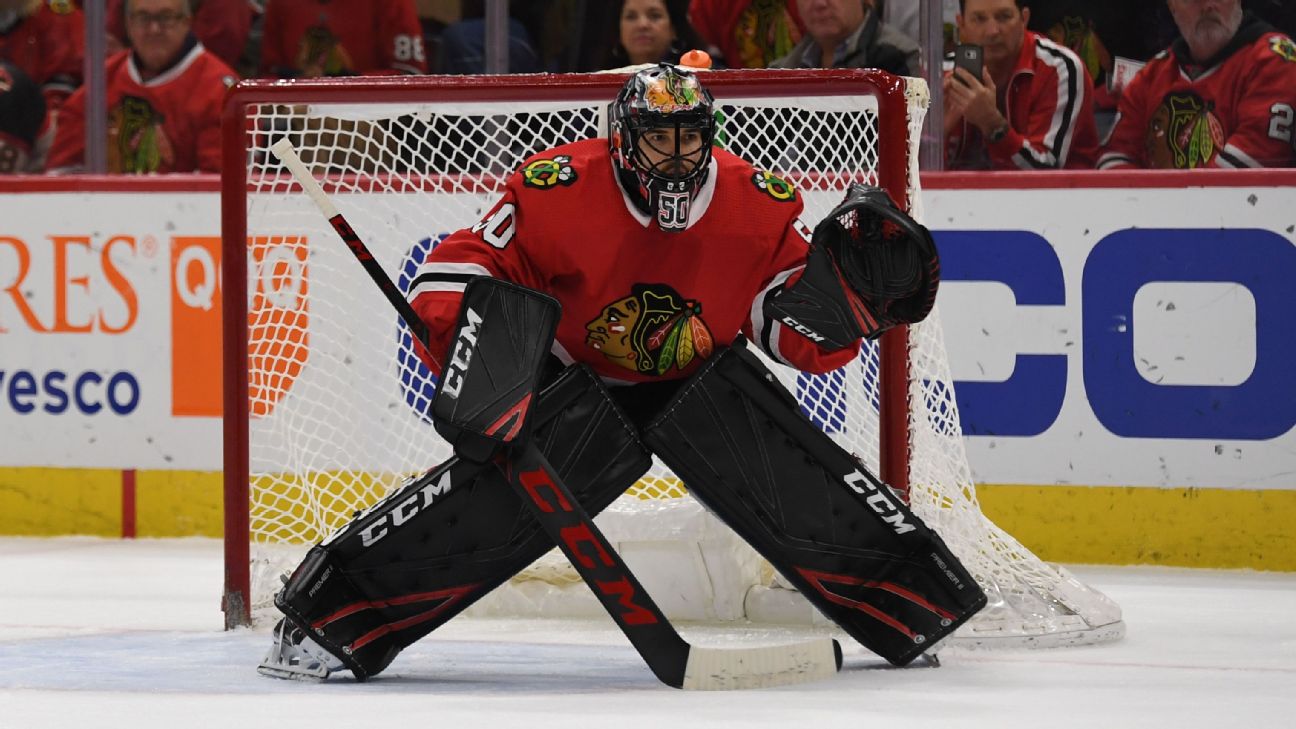 Corey Crawford was back in net for the Chicago Blackhawks on Thursday night, after having been sidelined for nearly 10 months with lingering concussion symptoms. But his return was spoiled by the Arizona Coyotes, who skated away with a 4-1 win.

It was Crawford's first game since Dec. 23, 2017. The two-time All-Star finished with 27 saves in a remarkably typical performance given his time away.

"I think I felt better in the second and third [periods]," he said. "They really didn't get that many opportunities early. They flipped one in for the first [shot], so it was good to feel one early. We were close all game."

The crowd of 21,210 cheered loudly when Crawford, 33, was introduced with the starting lineup. He helped Chicago win the Stanley Cup in 2013 and 2015, and the Blackhawks tumbled into last place in the Central Division while he was out last season.

Former Blackhawk Antti Raanta, who made 33 saves for the Coyotes, was happy to see his friend back on the ice.

"When you see your friend coming back [after] such a long time and playing well already even though I think he didn't feel perfect, but I think he was doing a great job," Raanta said. "Just a matter of time when he gets the rhythm back."

Crawford played in 28 games last season, going 16-9-2 with a 2.27 goals-against average and .929 save percentage before the injury. With Crawford out, the Blackhawks missed the playoffs for the first time in 10 years.

"We felt like last year was an example of how important [Crawford] was," coach Joel Quenneville said.