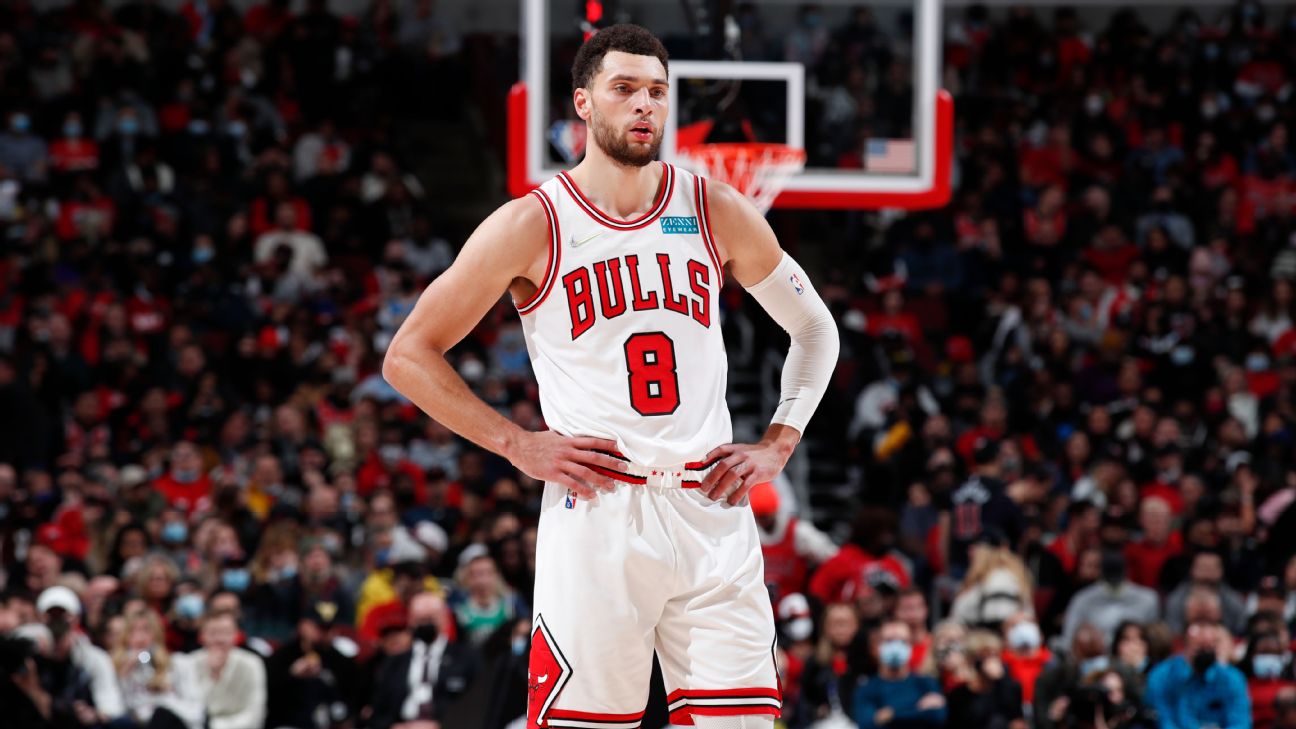 Chicago Bulls guard Zach LaVine has entered the NBA's health and safety protocols on Tuesday and will be listed as questionable for Game 5 on Wednesday as the team faces elimination, coach Billy Donovan said.

Bulls coach Billy Donovan said LaVine was not feeling great Tuesday morning and will not travel with the team to Milwaukee later in the day. LaVine will have to go through more testing, which will give the Bulls more clarity on his status for Game 5 against the Bucks.

The news of LaVine's entrance into the protocols arrived as the Bulls took the floor for practice. Donovan said he told by a team trainer before getting the team on the court.

"I mean, it sucks," Bulls star DeMar DeRozan said after Tuesday's practice. "Before basketball, more than anything, health-wise, it just sucks. ... First and foremost is for him, and second of all, us not having him. Him missing a full opportunity of playing in a playoff series.

"I can't even imagine how he feels. The most important thing now is he comes out of that thing being healthy."

LaVine is averaging 19.3 points, 5.3 rebounds and 6.0 assists in the four postseason games against the Bucks.

"He was more frustrated than anything, honestly," said DeRozan, who said he spoke to LaVine earlier in the day. "I think your frustration outweighs anything else, regardless of how he felt. I was just trying to be there, keep him positive mentally more than anything.''


This will be the third time that LaVine has entered the league's protocols, following stints in December and at the end of the 2020-21 season.

"You feel bad for him this time of year, especially all that he's dealt with," Donovan said. "I feel bad for him, but obviously I haven't had a whole lot of time to digest it, just because it happened when we were getting on the court. We're trying to get prepared to play [Wednesday] and I'm probably not going to find anything in greater detail until probably later tonight or sometime tomorrow."

The Bulls are now facing the prospects of playing Game 5 without their starting backcourt for the first four games of this series.

Alex Caruso remained in concussion protocols on Tuesday morning and was experiencing symptoms, according to Donovan, who also did not want to rule him out for Wednesday's game.

Caruso also did not practice with the team Tuesday or travel on the team bus to Milwaukee. He missed the second half of Game 4 after an inadvertent elbow to the face from Bucks guard Jevon Carter while trying to get around a pick. He exited the game with a bloody nose and soon entered concussion protocol.

"Certainly this morning, he was still experiencing some symptoms," Donovan said. "He's home resting, and they'll re-evaluate him later [Tuesday]." 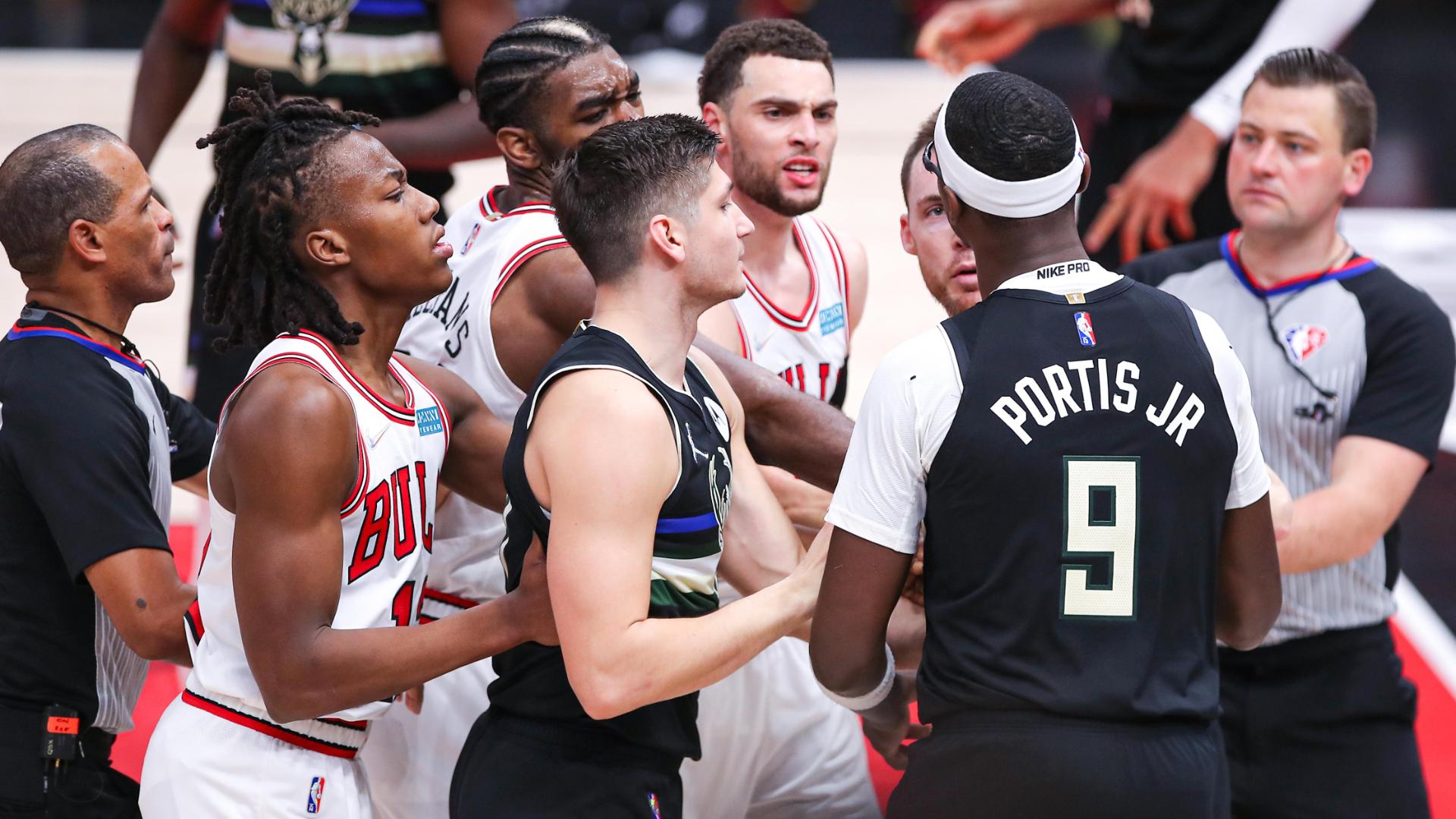