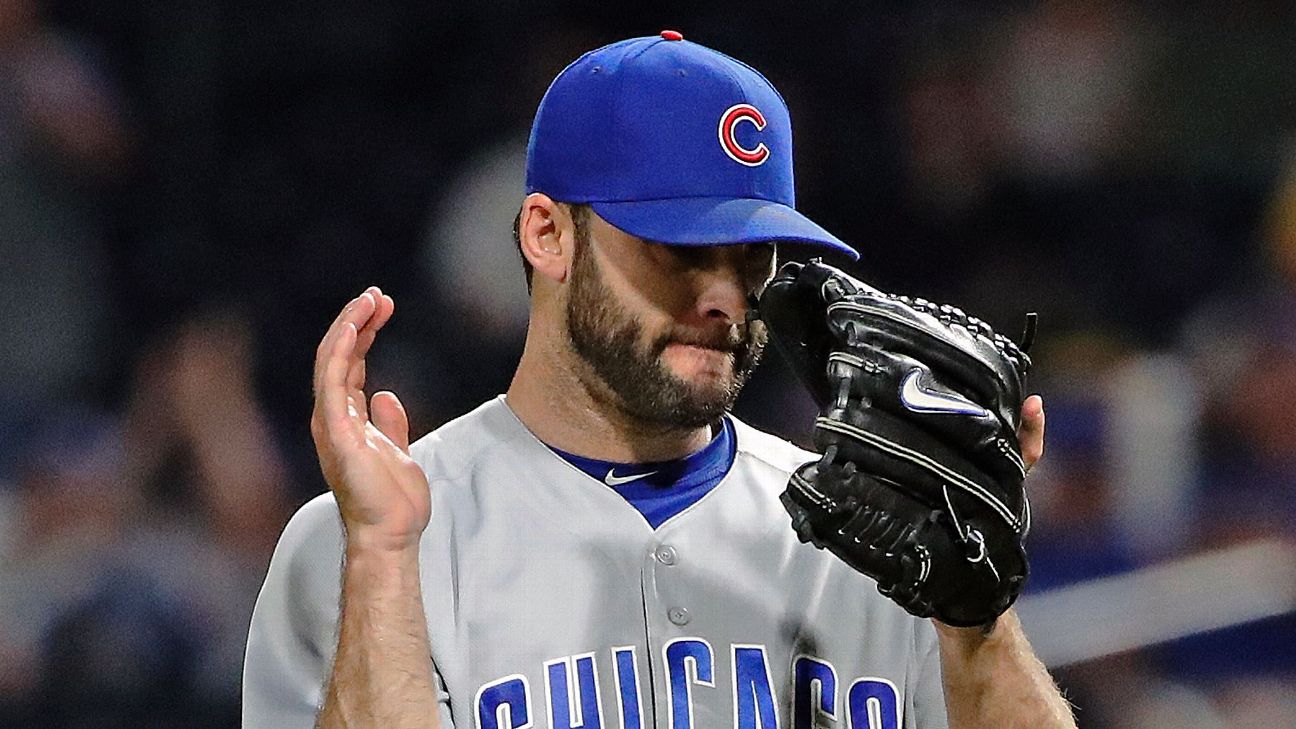 The Chicago Cubs are a man down just for him taking his pants down.

Closer Brandon Morrow, who has 16 saves this season, sustained back spasms while undressing after returning home from the team's trip to St. Louis early Monday morning. He was placed on the 10-day disabled list because of the injury.

"Just undressing at my house," Morrow told reporters on Tuesday. "Like 3 a.m., in the closet, got my right leg off. Left one just felt like a spasm in my back.

"It's frustrating any time you can't get out there, especially when you can't go because of something stupid like taking your pants off."

"We thought it would be wise to give him a couple of days," Maddon said of Morrow. "We just can't go with one less pitcher right now. We just cannot."

Justin Wilson was called on in the ninth inning to protect a 3-2 lead in Game 1 of Tuesday's doubleheader, but he allowed two earned runs on two hits and a walk to blow the save in a 4-3 loss.

"I'm hoping that since it's not like a trauma-induced spasm -- like I wasn't throwing a pitch or lifting something or twisting -- that once the muscle relaxes it should be OK," Morrow told reporters. "It's very localized. It's not like it's spreading out and stuff.

"Getting hurt any time's frustrating, but when it's not related to throwing a baseball it's even that much more frustrating."

The Cubs are also missing relievers Carl Edwards Jr. (right shoulder inflammation) and Brian Duensing, who is on the bereavement list after his grandfather died Saturday.

Maddon said the Cubs are "very close" to mapping out a plan for the return of Edwards, who has been throwing. He said the Cubs hope to get Duensing back by Friday.

Baseball players have suffered a litany of bizarre back injuries over the years, including putting on shoes, picking up their kids, carrying luggage and even sleepwalking.

Cubs slugger Sammy Sosa suffered back spasms and landed on the DL in 2004 after injuring himself while sneezing.

Right-hander Justin Hancock was called up to be the 26th man on Tuesday, and he will remain on the roster with Morrow out.

In other Cubs news, Maddon saidYu Darvish looked "outstanding" while throwing a simulated game Wednesday at Wrigley Field. He has been on the disabled list since May 26 with a triceps injury.

Darvish said through an interpreter that he felt comfortable on the mound and had good command of his fastball and slider, though he needs to work on his curve and splitter. He also said he thinks he will need only one rehab start before rejoining the rotation.