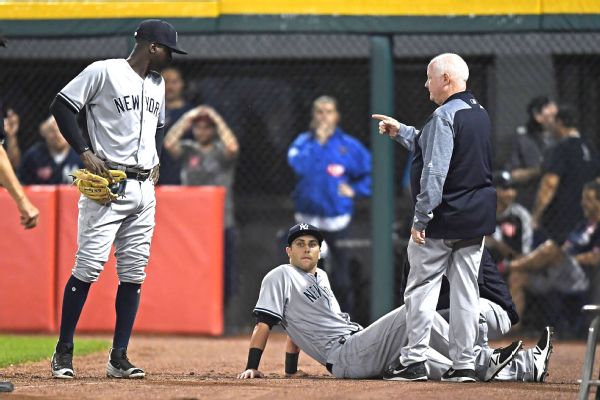 Oakland Athletics outfielder Dustin Fowler is suing the White Sox and the state agency that manages their ballpark, Guaranteed Rate Field, for a right knee injury he suffered in Chicago on June 29.

Fowler, then playing for the New York Yankees in his major league debut, was seriously injured when he crashed into the right-field wall while chasing down a ball in foul territory. Fowler flipped over when he hit the wall and fell to the ground when he tried to stand up.

Fowler's lawsuit -- filed Friday in Cook County Circuit Court, according to the Chicago Sun-Times -- claims negligence on the part of the White Sox and the Illinois Sports Facilities Authority in not properly securing the unpadded electrical box he crashed into.

A highly regarded prospect, Fowler underwent emergency surgery at Rush University Medical Center and was sidelined for the remainder of the season with a ruptured patellar tendon in his right knee.