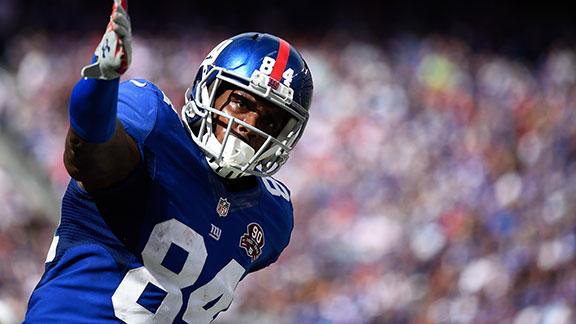 A dream game for New York Giants tight end Larry Donnell in Week 4 quickly turned into a nightmare scenario for at least one fantasy football owner last week: Donnell himself.

Donnell told The Record that he benched himself in favor of San Francisco 49ers tight end Vernon Davis in his fantasy lineup -- and lost as a result.

Davis, who was sidelined by back spasms most of the second half, had two catches for eight yards Sunday. Donnell? A career-best seven catches for 54 yards and three -- count 'em, three -- touchdowns in the Giants' 45-14 win over the Washington Redskins on Thursday.

"Would've won if I played me," Donnell told The Record after practice Wednesday. "During the game, I'm like, 'Really?' That's the honest truth."

On the plus side, Donnell said his performance last week was enough to earn himself a promotion.

"Oh yeah," he said of his starting lineup this week. "I'm in there."