Parents, students to file lawsuit against IHSA for canceling fall sports due to COVID-19

WLS
By Jessica D'Onofrio
WHEATON, Ill. (WLS) -- Student athletes and their parents are filing a class-action lawsuit against the Illinois High School Association regarding the cancellation of fall sports due to COVID-19.

The lawsuit could be filed as early as Monday. In the suit, the plaintiffs plan to seek a temporary restraining order against the state's order to cancel most fall sports, including football, soccer and volleyball.

Some parents and athletes came to the courthouse Monday morning, trying to stay hopeful and positive.

Dave Ruggles, the lead plaintiff on the class-action lawsuit, said his son Brady plays basketball at Wheaton-Warrenville South, but due to the pandemic, the season isn't happening.

Jaylen Brown, a senior at Wheaton-Warrenville South High School who plays football and basketball, said not being able to play hurts his chances of earning college scholarships.

"I'm hoping to get more scholarships and more opportunities to go to college because, just like me and many others, this is all we really depend on," Brown said.

A group of athletes and their parents gathered in front of Gov. JB Pritzker's home in the Gold Coast Sunday. They believe not being able to play hurts their chances of earning college scholarships, while affecting their mental health.

Gov. Pritzker has said that even though other states are allowing high school football and other contact sports, his scientific advisers say the risk of spreading COVID-19 is still too high.

"I think it's ridiculous because we're asking the kids and the poorest among us to shoulder the burden of this virus," Ruggles said.

But some athletes point to neighboring states, which have started off the school year with events such as football, seemingly without major COVID-19 complications.

"Other states are able to do so and we just haven't figured it out yet," Brown said. "So yeah, I'm a little frustrated about that, but trying to keep my hopes up and pray for the best."

Pritzker has said that even though other states are allowing high school football and other contact sports, his scientific advisers, including Chicago doctors, said the risk for spreading COVID-19 is still too high.

Many of those who organized the protest said they hope the governor takes notice of the rallies, which they say will continue.
"Show him that we can be safe while doing this. We can wear the masks. We just want to be happy and we want to get out there," said Lincoln-Way East High School cheerleader Sophia Sladek.

According to a press release issued by the group, Illinois is one of 10 states not playing all fall sports. Football, soccer, volleyball, cheerleading and field hockey have been halted in the state, while golf, cross country, girls tennis and girls swimming continue to be played.

Ruggles said parents have been coming out of the woodwork, wanting to join the lawsuit. The case is expected to be heard by a judge on Wednesday.
Report a correction or typo
Related topics:
sportswheatonhigh schoolcoronavirus illinoishigh school sportsdupage countyhigh school footballcovid 19
Copyright © 2020 WLS-TV. All Rights Reserved.
CORONAVIRUS ILLINOIS 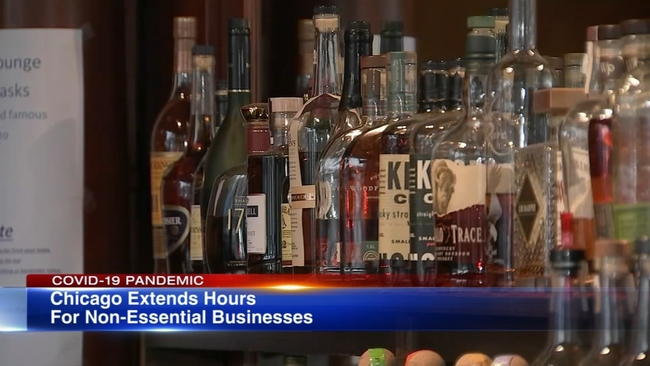