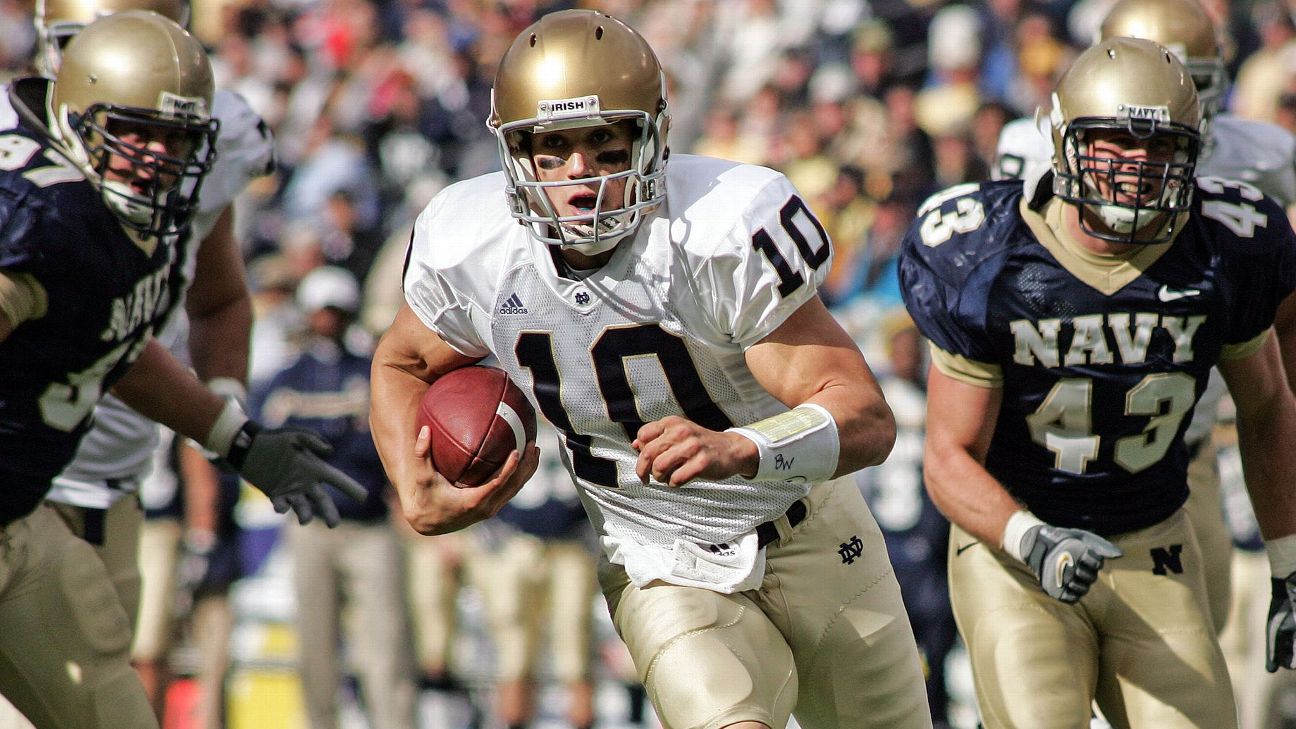 The Navy-Notre Dame football rivalry, which has continued annually through the Great Depression, World War II and sundry conference realignments since 1927, could not withstand the changes wrought by the coronavirus pandemic.

The Fighting Irish and the Midshipmen, who had been scheduled to play on Labor Day weekend, will not face off in 2020. Navy announced Thursday that it will play BYU on Sept. 7, Labor Day, at 8 p.m., EDT, on ESPN. Notre Dame, competing in the Atlantic Coast Conference this season, will play its lone non-conference game against Western Michigan on Sept. 19.


The ACC schedule guidelines for 2020 maintain that its members may play one non-conference game and only within their state lines.

It is an emotional decision for both schools. Notre Dame has maintained its fealty to the United States Naval Academy since World War II, when the U.S. Navy placed a V-12 training program on the Notre Dame campus, providing a steady flow of students to an all-male institution starved for students by the call to arms.


Navy had been counting on Notre Dame to make its first-ever visit to Annapolis, Maryland, this season after their game, originally scheduled for Dublin, Ireland, on Aug. 29, proved untenable because of the pandemic.

"We have every intention of continuing to play," Gladchuk said. "The relationship is as strong as it can be."