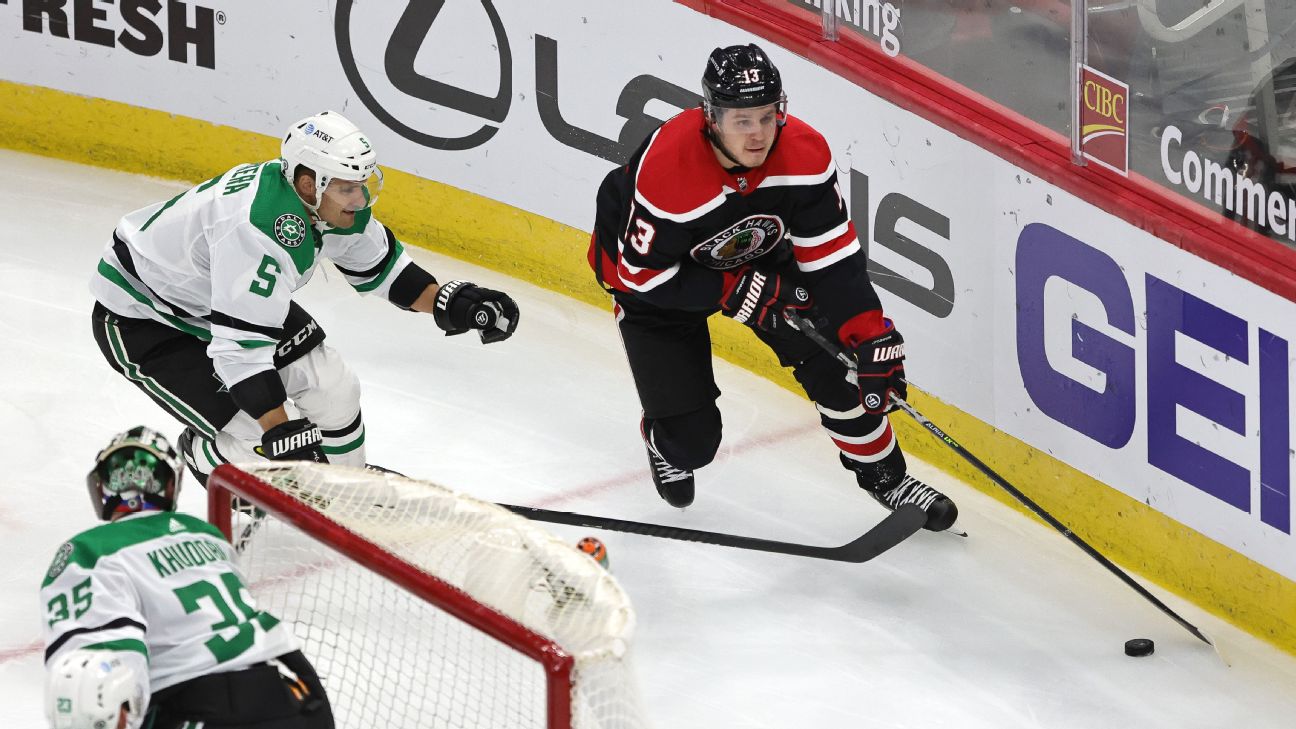 The Vegas Golden Knights acquired forward Mattias Janmark from the Chicago Blackhawks as part of a three-team trade Monday that also involved the San Jose Sharks.


The Blackhawks had scratched Janmark, 28, from Sunday's game with an eye toward Monday's trade deadline. Although the Blackhawks are close to playoff contention, they are in the midst of a youth movement.

Janmark was a depth forward for the Dallas Stars for the first four seasons of his career, never breaking the 40-point mark. But he surprised in Chicago, even earning time on the power play. He paid back the bigger role with 10 goals and nine assists in 41 games.

The Golden Knights, gearing up for a deep postseason run, are currently in second in the West Division, four points behind the Colorado Avalanche.


Janmark is a low-risk rental for the homestretch since he'll be an unrestricted free agent after the season.