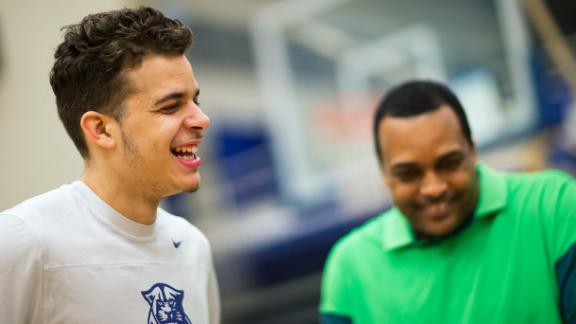 Georgia State junior guard R.J. Hunter is heading to the NBA, he confirmed to ESPN.

Hunter played for his father, Ron, the past three seasons and helped lead the Panthers to the NCAA tournament this past season.

"The plan was always for me to be a four-year guy. For all this to happen, it's almost like a dream," he said.

"I felt like the time was right. I did everything possible I wanted to do. The way it ended with the NCAA tournament was a storybook. It was like it happened for a reason."

Hunter said based on the information he has received, he likely will be drafted somewhere from the No. 15 pick to No. 35.

A news conference is expected on Tuesday.

The 6-foot-5 Hunter averaged 19.7 points, 4.6 rebounds and 3.6 assists this past season and is considered a terrific long-range shooter despite shooting 31 percent from beyond the arc this season.

Hunter hit the game-winning shot to beat Baylor in Georgia State's opening game of the NCAA tournament. He finished with 20 points in its loss to Xavier in the round of 32.