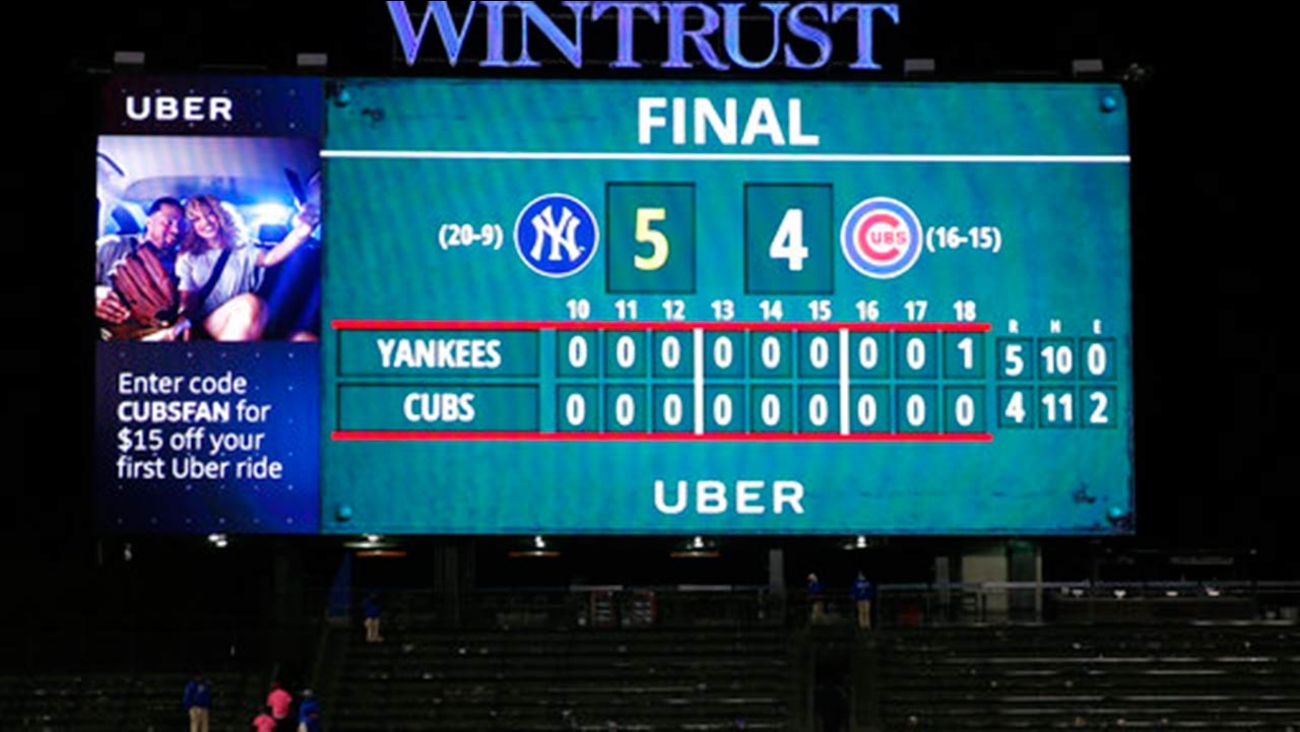 The score board displays the New York Yankees defeated the Chicago Cubs, 5-4, in the 18th inning of an interleague baseball game Monday, May 8, 2017 in Chicago. (AP Photo/Nam Y. Huh)

CHICAGO (WLS) -- A tied score kept the Cubs-Yankees game going for 18 innings, with the record-setting match-up ending at about 1:15 a.m. Monday.

The Yankees topped the Cubs 5-4 in a game that lasted six hours and five minutes.

The 18 innings were a record for interleague play and the Cubs and Yankees combined for a Major League Baseball record of 48 strikeouts.

Cubs slugger Anthony Rizzo said he knows the team lost but you try to have fun with it.

"Games like this definitely can bring both sides together. I know they won, Yankees, but I think both teams are going to be better off after this game coming together as a unit," Rizzo said.

"You've seen it before it happened to us tonight. You've seen other Major League games go into extra innings like that, guys have a tendency to try and do too much and then you start not getting your hits and everyone is trying to hit a home run and we've just got to try and piece it together. We made a couple of errors that hurt us also," Maddon said.

Rizzo got a game-tying RBI against former teammate Aroldis Chapman, but he wound up taking a fastball off his forearm. Rizzo had an X-ray, which came back negative.