State trooper airlifted, 2 others injured after crash in Plainfield 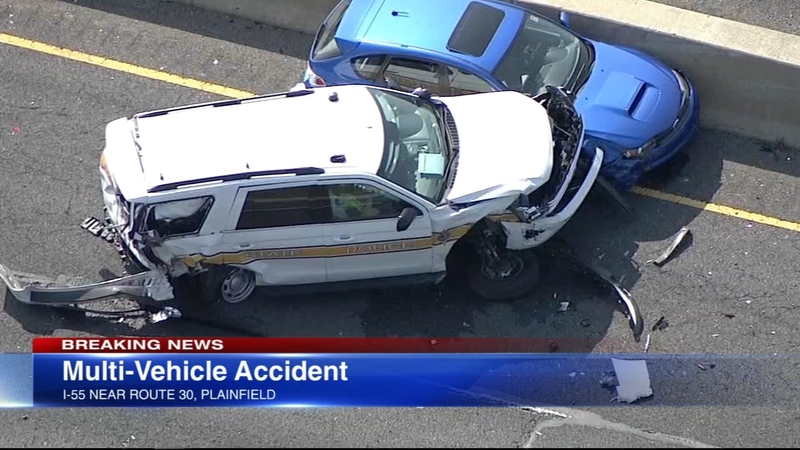 PLAINFIELD, Ill. (WLS) -- A state trooper was seriously injured in a Plainfield crash and airlifted to a hospital Wednesday afternoon.

Multiple vehicles were involved in a crash Wednesday in Plainfield, State Police said.

The crash happened in the northbound lanes, police said.

According to State Police, the squad car was stationary in the left lane with its emergency lights while assisting a stalled motorist.

In addition to the state trooper, two other drivers were also taken to a hospital, both with injuries that are not life threatening, police said.