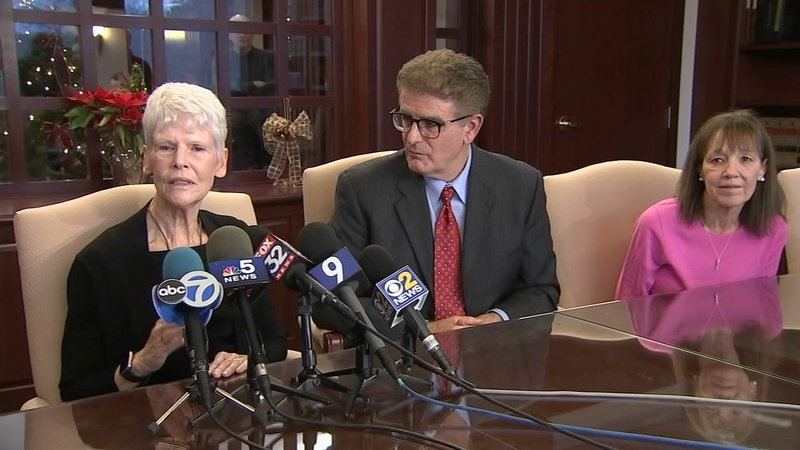 Tufo was diagnosed with breast cancer in 2007, at the time she said she had no idea how she developed it, and a large number of school employees also developed cancer.

She still recalls her despair as she underwent chemotherapy.

"I planned my own funeral," Tufo said.

Hindsdale South High School is located less than a mile away from the Sterigenics facilities in Willowbrook, which for years emitted highly toxic ethylene oxide, or EtO, from the time the plant opened in 1984 until earlier this year. In September, the parent company closed the facility back in the wake of state and federal investigations.

Tufo said she believes that's what caused the cancer.

Conrad-DeBroeck worked at the high school full time from 1979 to 1999, and as a substitute teacher from 1999 to 2011. She was diagnosed with breast cancer in 2015 and had a double mastectomy.

"There are people that I loved at Hinsdale South who have lost their lives, that angers me greatly," Conrad-DeBroeck said.

Their suit seeks to consolidate with several other lawsuits filed against Sterigenics, bringing the total number to 85 people who claim exposure to EtO from the company has led to serious health problems.

"We intend to prove that Carol's cancer and Jeanne's cancer was caused by decisions Sterigenics made everyday to put a human carcinogen out into the air," said Shaw Collins, who represents the teachers.

Collins said the state warned Sterigenics before opening in 1984 about the potential danger or ethylene oxide being emitted into the air.

"I can't imagine anybody or any company putting poison in the air and having money be more important than people," Tufo said.

Sterigenics released a statement Friday night, saying, "Sterigenics empathizes with anyone battling cancer. Sterigenics is confident that it is not responsible for causing the illness. We operate safely to sterilize vital medical products and have consistently complied with and outperformed applicable regulations. We intend to vigorously defend against unfounded and meritless claims."