Questlove: Oscar-nominated 'Summer of Soul' is a film his younger self would have wanted to see

He says the documentary emphasizes the importance of reflecting Black joy.
OTRC
By Nzinga Blake and Stephen Nitz 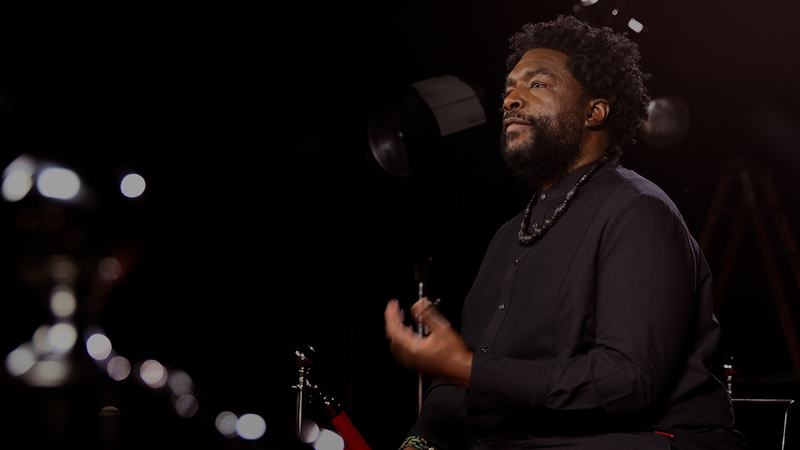 Questlove on the heart behind Oscar-nominated 'Summer of Soul'

LOS ANGELES -- As a DJ, author, college professor, musician, producer and now Oscar nominee, Ahmir "Questlove" Thompson proves that he is the quintessential multi-hyphenate with a deep love for storytelling.

"It took me a while to realize that in my quest for being creative, I'm a natural storyteller," Questlove said.

See his full interview with On The Red Carpet in the video player above.
He said that the heart behind his highly acclaimed Oscar-nominated documentary "Summer of Soul (Or When the Revolution Could Not Be Televised)" came from a desire to create content that a younger version of himself would have wanted to see.

The film centers around the largely forgotten Harlem Cultural Festival, which was filmed in Marcus Garvey Park (formerly Mount Morris Park) in Harlem, New York, over the summer of 1969. The event celebrated Black history, culture and fashion over the course of six weeks.

MORE: The revolution that was never televised finally gets seen in 'Summer of Soul'
EMBED More News Videos

For 50 years, the footage of an epic event that celebrated Black history, culture and fashion, The Harlem Cultural Festival, sat unseen. Until now.

Questlove said he noticed the juxtaposition in the narratives surrounding Harlem's festival and Woodstock, which took place the same year. While the upstate New York festival was framed as a lifechanging experience, broadcasters dismissed the Harlem Cultural Festival -- even though it included performances by music legends like Stevie Wonder, Nina Simone, Sly & the Family Stone, Gladys Knight & the Pips and more.

This, Questlove said, is an example of "Black erasure," the dismissing and/or discarding of certain Black-centric historical events.

"What's happened to this film is probably the best example. Oftentimes, with a lot of creations from Black artists and Black people, our stories are dismissed as not being relatable or important enough and only important to us," he said.

He is, however, proud that "Summer of Soul" emphasizes the importance of reflecting Black joy, which is evident in the artists' performances and the 300,000-member audience's reactions in Harlem during a time when New York City was hurting.

"This moment was an important moment in history for a lot of people. It was so healing that I will never again be so casually dismissive of anything I do," Questlove said.

"Summer of Soul" is the first official project under the Onyx Collective brand for creators of color and underrepresented creatives. It's now streaming on Hulu.

Mark your calendar: March 27 is Oscar Sunday. Special "On The Red Carpet" coverage begins at 1 p.m. ET 10 a.m. PT and continues all day leading up to the 94th Academy Awards ceremony. After the last award is handed out, stay with "On The Red Carpet" for continuing coverage. Be sure to follow @OnTheRedCarpet on Facebook, Twitter, Instagram and TikTok for all your Oscar news and information. Click here to download our CTV apps to watch "On The Red Carpet" wherever you stream.