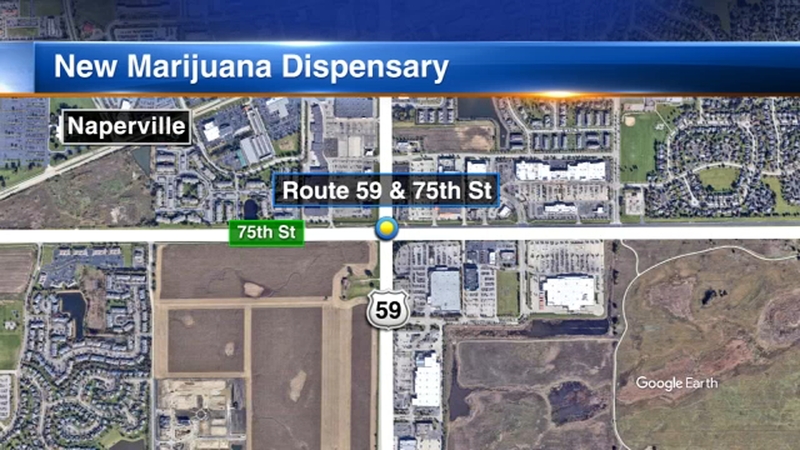 Cresco Labs will open its Sunnyside dispensary at 10 a.m. It is located near the intersection of 75th Street and Route 59.

There's been a steady stream of people in and out all day at RISE Naperville, the city's first adult-use marijuana shop.

"It didn't seem like there was enough support for either group to have a majority," Naperville Mayor Steve Chirico said at the time. "Ultimately we agreed, hey look, let's just put this to the voters."

Chirico said there was a stigma surrounding adult-use dispensaries.

An adult-use marijuana dispensary opened in Naperville, and Mayor Chirico was in attendance for the launch. The city council voted to allow up to three dispensaries to operate in t

Chirico did say that stigma is changing.

In Illinois, Cresco Labs has 10 operating stores in the River North and Lakeview neighborhoods of Chicago; Schaumburg; villages of Elmwood Park and Buffalo Grove in Cook County; and more.

Recreational marijuana became legal in Illinois as of Jan. 1, 2020.

Illinois is one of the most robust cannabis markets in the country where state retail sales are on an annual run rate of more than a billion dollars, Cresco officials said.