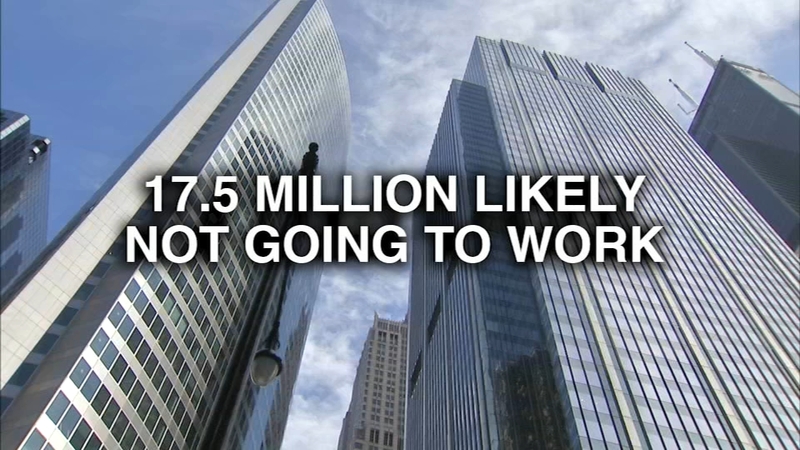 CHICAGO (WLS) -- If you called in sick to work the day after the Super Bowl, you're not alone.

According to the Workforce Institute at Kronos, the Monday after the Super Bowl has 17.5 million likely not going to work, the highest since such stats were developed in 2005. And, 11.1 million people surveyed said they plan to be late or leave early.

Overall, the Workforce Institute at Kronos said 59.9 million Americans will likely discuss the game each day for an estimated loss of $1.4 billion over the five days leading up to the game.

"I think it feels like the days leading up to a major holiday," said Andy Challenger, of Challenger Gray and Christmas. "The actual effectiveness of trying to force people in after the Super Bowl can be really counterproductive."