The case focused on a century-old state law that requires gun owners to show 'proper cause' to carry a handgun in public.
ABCNews
By Devin Dwyer 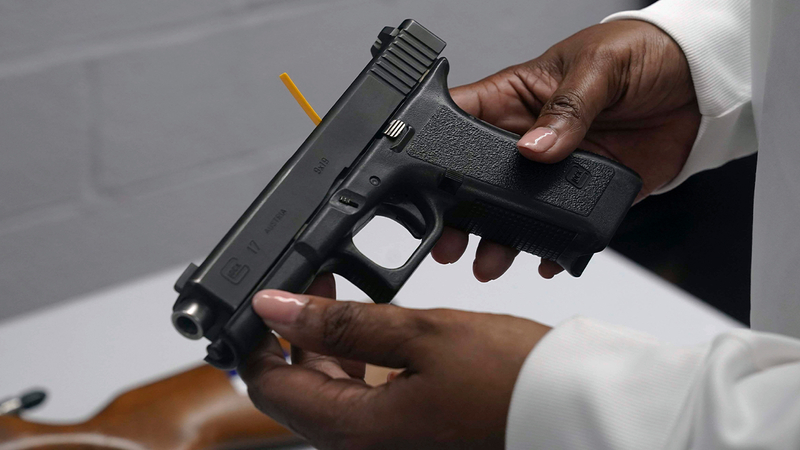 WASHINGTON -- The Supreme Court on Wednesday ruled in a major case involving whether there's a fundamental right to carry a concealed gun outside the home in public for self-defense.

The case focused on a century-old New York state law that requires gun owners to show "proper cause" -- or a specific special need -- to carry a handgun in public.

In an opinion authored by Justice Clarence Thomas, the court ruled 6-3 to strike down the New York law.

Thomas writes that the Second and Fourteenth Amendments protect an individual's right to carry a handgun for self-defense outside the home.

"Because the State of New York issues public-carry licenses only when an applicant demonstrates a special need for self-defense, we conclude that the State's licensing regime violates the Constitution," Thomas wrote in the opinion.

"In keeping with Heller, we hold that when the Second Amendment's plain text covers an individual's conduct, the Constitution presumptively protects that conduct. To justify its regulation, the government may not simply posit that the regulation promotes an important interest. Rather, the government must demonstrate that the regulation is consistent with this Nation's historical tradition of firearm regulation. Only if a firearm regulation is consistent with this Nation's historical tradition may a court conclude that the individual's conduct falls outside the Second Amendment's 'unqualified command,'" the opinion said.

ABC News talks to experts who examine America's history with guns, the real-life impacts of gun violence and what can be done going forward to mitigate the problem.

The case, New York State Rifle and Pistol Association v. Bruen, involves a state requirement that applicants for concealed carry permits show "proper cause" -- a unique need for individual self-protection -- in order to be approved.

Two New York gun owners challenged the century-old law as highly discretionary and unconstitutional. State officials granted a limited license for concealed carry to each, but they were forbidden from possessing a weapon in places frequented by the public.
"Why isn't it good enough to say, I live in a violent area and I want to be able to defend myself?" asked Justice Brett Kavanaugh during oral arguments in the case last year. "That's the real concern, isn't it, with any constitutional right, if it's the discretion of an individual officer, that seems inconsistent with an objective constitutional right."

Candace McCowan reports Alyssa's Law is named in honor of a Parkland school shooting victim. Gov. Hochul is expected to sign it today.

State officials argued its permitting regime is rooted in history and tradition and critical to limiting the threat of gun violence in sensitive places. Seven other US states - home to more than 80 million Americans - have similar "proper cause" permitting regimes.


The number of people injured or killed does not include the suspect or perpetrator. These graphics show the number of victims across all mass shootings from the last five years.