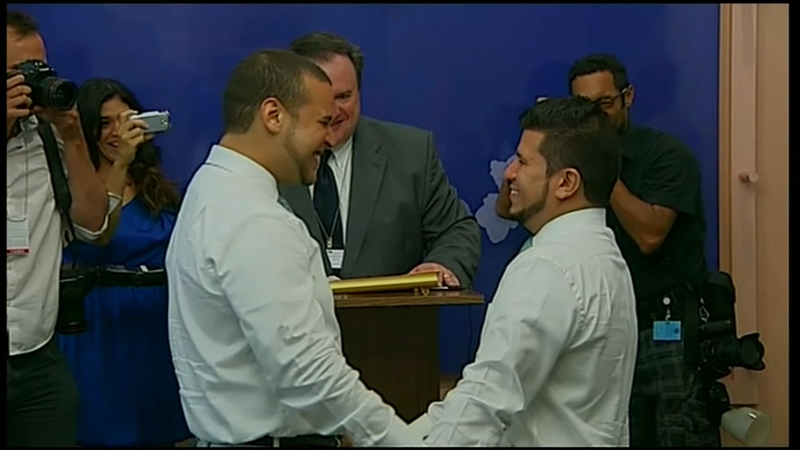 Marriage for same sex couples became the law of the land in Illinois in 2013, two years before the U.S. Supreme Court granted and recognized marriage equality in all states.

"The draft opinion Alito says we are only going to recognize rights that have existed for a long time and are part of the nation's history," said Jonathan Masur, University of Chicago law school professor.

Masur said marriage equality is likely next on the chopping block because it shares the same 14th amendment privacy protections as Roe v. Wade.

"There isn't a case yet, but it won't take long before someone, or more likely a state or local government, to gin up a case like that," he said.

LGBTQIA+ rights groups are preparing for the possibility.

"Here in Illinois we are safe, we can't let our guard down and ensure we are sending the right people to Washington and that we are making sure we are making our voices heard," said Mony Ruiz-Velsaco of Equality Illinois.

Equality Illinois said federal legislation is the key to protecting marriage equality in the United States.

"Congress could take up a bill just like Illinois did to create a law so gay marriage would be the law of the land, no matter what the Supreme Court says," Ruiz-Velasco said.

LGBTQIA+ groups also pointed out that if the Supreme Court struck down marriage equality, it would be extremely unpopular. According to a 2021 Gallup poll, 70% of Americans support marriage for same sex couples, which is 10% higher than the year the high court ruled in favor of it. And, for the first time, 55% of Republicans support it.