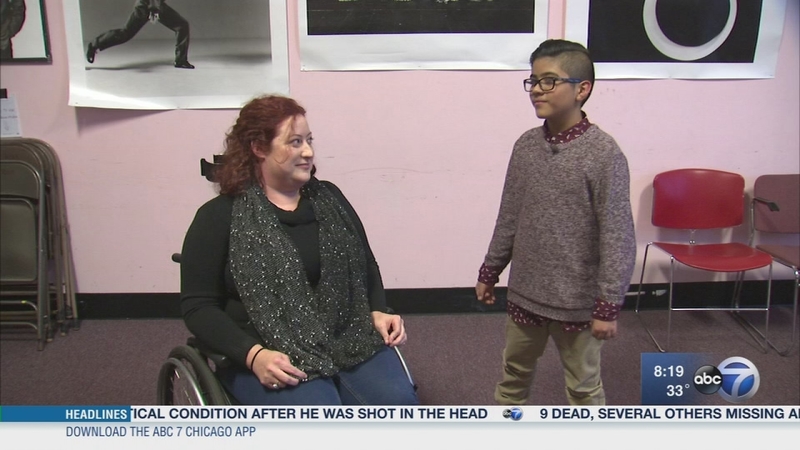 CHICAGO (WLS) -- A local Improv actress isn't letting her disability stop her from achieving her goals.

Tammy Rozofsky has a dream of being on stage and decided making a move to Chicago was the way to make it come true.

"For a long time there was a long space of time where I didn't do any type of performing. I had a masters in theology and worked with youth in a church and then I decided to move to Chicago and try comedy. This is the place where there are most resources and it's been my experience that the community here is very supportive," said Rozofsky.

She moved to the city the summer of 2012 from Florida and with the help of local housing programs, this is the city she now calls home.

"We're really proud of Tammy she's great example of an active engaged resident at Mercy Housing Lakefront, we love what she does to help others. Definitely, I never, it was never something that I pictured. I never pictured myself living in Chicago until I decided I wanted to try this stuff and the physical of living in a huge old city was really intimidating especially in a city where it snows a lot," Ann Birhle, senior director of resident services.

Despite the challenges Tammy makes her way from her apartment to the theater on her own.

"It's great and Midwestern that people are so helpful, but at the same time the American Disabilities Act has been in place since the early 90s. It's been federal law that we should have access and many of the places in city we still don't," she said.

Tammy is now putting her talent toward a production with Tellin' Tales Theater. The play partners middle school students and adult mentors with and without disabilities for a performance. Her partner Josafat Oviedo, a sixth grader at Mary Gage Peterson Elementary School, says he's learned a lot from this experience.

"A disability doesn't define you and it's only a little piece of you and you can do so much more. You can make the character yourself. You can make anything you want to, you can change it up. You can be who you are on the stage," said Oviedo.