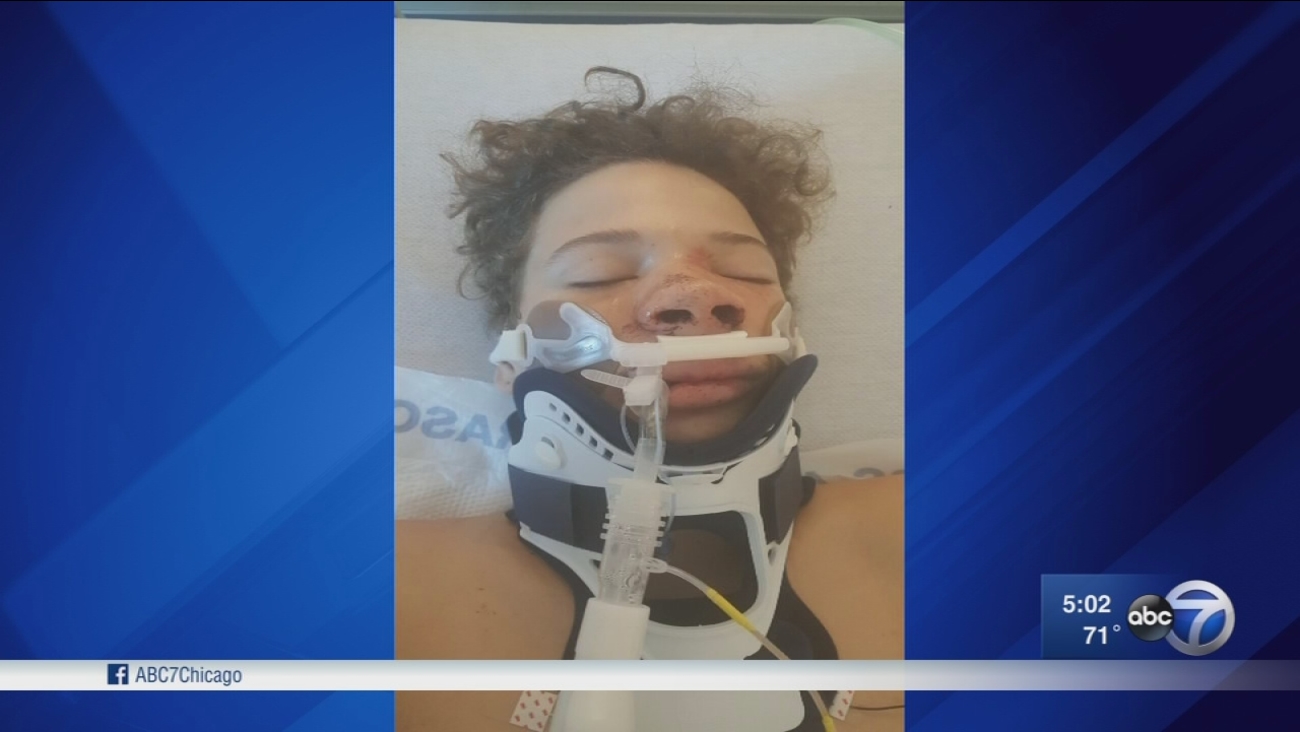 LAKE STATION, Ind. (WLS) -- Lake Station police said two juveniles, aged 13 and 14, have been charged in the beating of a 14-year-old boy who was seriously injured in an attack after a football game that was caught on video.

Frankie Coulter was airlifted to Comer Children's Hospital in Chicago and temporarily placed in a medically induced coma Friday night. He sustained a broken nose, broken ankle and a concussion, but is expected to recover.

Coulter was taking pictures for the school newspaper during the highly anticipated rivalry game between River Forest High School in Hobart, Ind., and Edison Junior Senior High School in Lake Station, Ind. The game was held at Edison, where Coulter is a freshman.

The fight was captured on cell phone video. A witness said she recognized the attackers and had even filed multiple police reports about him.