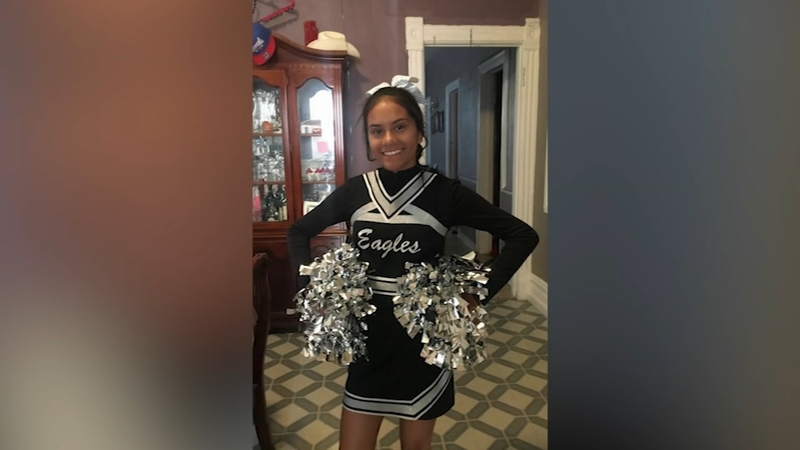 CHICAGO (WLS) -- A funeral will be held Saturday morning for a Chicago teenager who was shot and killed in Little Village.

Family and friends paid their respects to 16-year-old Angie Monroy during her visitation Friday.

Monroy was walking on the 2400-block of South Rockwell when she was shot in the head.

Chicago police said they have confirmed she was not the target, but believe the shooters are gang members. They said video revealed Monroy tried to shield herself from the gunfire when she was hit.

Monroy was a junior at Benito Juarez Community Academy and just recently took a job at a clothing store about half a mile away from her home.
"We are still in disbelief, she was a joyful, amazing person. [We'll] never forget her," Monroy's sister Joselyn said.

Police announced Tuesday they had found a vehicle suspected of being involved in the shooting, but no one is in custody.

Family and friends held a vigil Wednesday night at the location where she was shot.

The classmates of a 16-year-old cheerleader who was shot and killed while walking home from work honored her Wednesday.