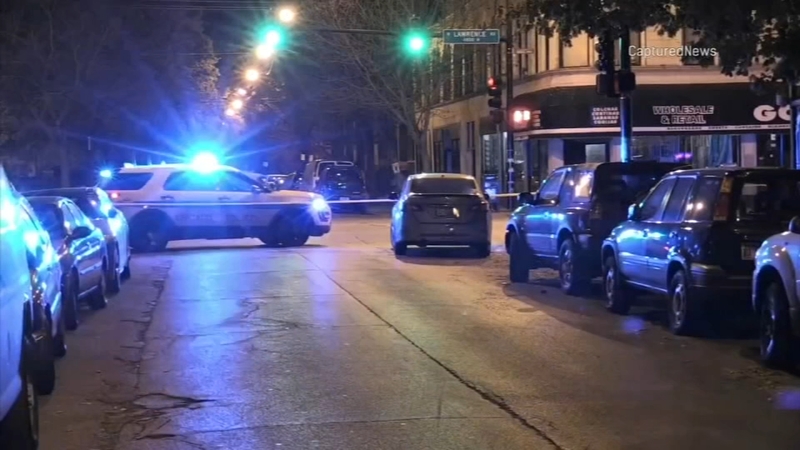 CHICAGO (WLS) -- A 14-year-old boy was shot in the head while riding in the back seat of his mother's car in Albany Park Thursday night, Chicago police said.

The teen was critically injured after his mother picked him up from the homecoming dance at his high school, according to police and Ald. Rossana Rodriguez, of the 33rd Ward.

The shooting occurred Thursday at around 10:30 p.m. near the intersection of North Central Park Avenue and Lawrence.

Someone in that car apparently fired shots into the rear-window, hitting the boy in the head. He was rushed to Lurie Children's Hospital, where he remains in critical condition.

Ald. Rodriguez said on Facebook that the boy's mother had just picked him up from last night's homecoming dance at Von Steuben High School.

Rodriguez said she believes there is gang activity in Albany Park, but that police do not believe the victim is gang affiliated.

Residents who live in the area said they feel deeply for the family.

"I feel really sorry, you know. I feel for his parents, his brothers and the rest of his family," said Ed Kasmi, who lives near the shooting. "It's really something sad. You don't want to wish it to anyone."

Billy Dinkins lives right down the street from where the shooting happened.