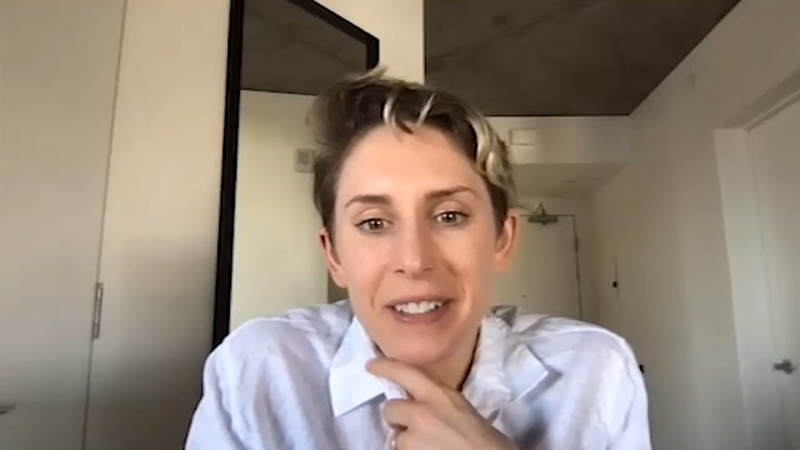 'Power of the Dog' cinematographer looks to make Oscar history

HOLLYWOOD -- "The Power of the Dog" heads into The Oscars with more nominations than any other movie - it has a dozen. So many of the production team may well be front and center on Oscar Sunday.

And if Ari Wegner wins, she will become the first woman ever to take home the Academy Award for Best Cinematography.

"I'm surprised that it's the last kind of gender neutral category to never be won by a woman. It seems like that's well overdue. But I'm glad we're slowly making progress," said Wegner.

This is director Jane Campion's first film in 12 years. Her moviemaking team is quick to give her credit for not only directing "The Power of the Dog" but also for adapting the screenplay from a 1967 novel into one intense movie.

"I think I had the same experience. It was very tense. And the way Jane held that tension all through the movie? Just incredible!" said producer Amber Richards.

"Jane hit the ground running with the script and we were all utterly bewitched by it," said producer Tanya Seghatchian.

"She did a great adaption of the book. She kept the essence of the book and she put her own vision," said producer Roger Frappier.

"First time I read the script, I knew it was going to be a fantastic film. It was just the most perfectly read script I ever read," said producer Grant Major.

"She's just the most incredible leader and friend and creative force and she doesn't make films often but when she does, they really pack a punch," said producer Iain Canning.

We will know soon enough how Campion and her team do at the Oscars. But should Wegner win and make history, she promises her speech will not be boring!

"Say something that does justice to the milestone that will be for filmmaking in general for women and for, you know, film history to get over that little hump. And then we can all get on with it," said Wegner.

Campion also made history with her latest directing nomination, becoming the only woman to be nominated more than once in that category. Her last time was for 1993's "The Piano." She didn't win for directing but she took home the prize for her original screenplay.