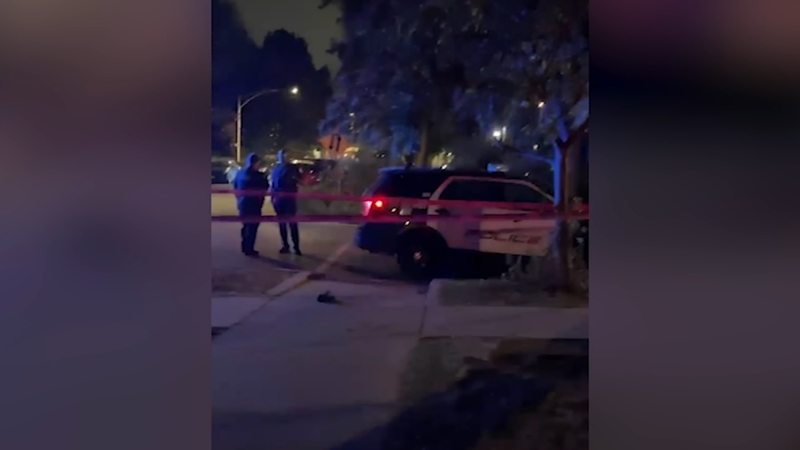 CHICAGO (WLS) -- Cook County Board President Toni Preckwinkle had a security scare after two suspects tried to carjack a member of her security detail outside her home in Hyde Park.

Preckwinkle was not harmed and was not in the vehicle when it happened, but the incident left neighbors rattled. Preckwinkle addressed the situation for the first time Wednesday afternoon.

The calls started coming in around 8:27 p.m. on Monday, Sept. 27, about a shooting in the middle of the block in Hyde Park that Preckwinkle calls home.

"I heard what sounded like about six or seven shots right underneath my window, enough to make the windows kind of shake," witness Sarita Zaffini said.

"I was at my home and I heard gunshots," Preckwinkle said during a budget briefing. "I think it's important to say that this is a pending investigation. I can confirm that there was a violent incident two weeks ago. A member of my security detail was sitting outside my home, in his police vehicle."

The officer is a member of the Cook County Forest Preserve Police and was parked right outside Preckwinkle's home. ShotSpotter technology detected the gunfire from a block and a half away.

"We had an off-duty Cook County Forest Preserve police officer saying some, they attempted to carjack him, he returned fire at them," an emergency dispatcher said over the police radio at the time.

Preckwinkle's office clarified the officer was on duty at the time.

Tiphani Lenoir also lives on the blocks and heard the shots. She hit the floor for safety.

"I want to say, within about a minute or so, this whole block was blocked off with police officers and they were out here maybe, I want to say, close to two hours," Lenoir said.

"I think this incident, underscores how close to home, violence is," Preckwinkle said. "There's been an uptick of crime in my own neighborhood in Hyde Park."

Scanner traffic indicates witnesses saw a black SUV speed down the 5100-block of S. Kimbark and flee the scene. One of the suspects lost one of his shoes running away, which police collected as evidence.

Chicago police said they have made no arrests and this is an ongoing investigation.

A source familiar with the case said police have a person of interest who they found at a local hospital with a gunshot wound to the leg.