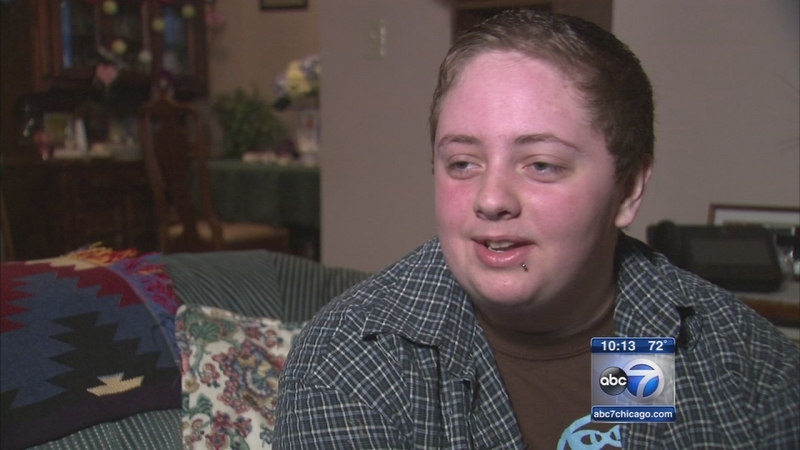 DOWNERS GROVE, Ill. (WLS) -- More and more schools across the state and country are creating policies to accommodate transgender students, including Chicago Public Schools which issued new guidelines in May allowing transgender students to use the bathroom that best aligns with their gender identities. Several similar policies are already on the books in some suburbs. And some parents opposed to them have taken action.

The problem for many young transgender people is in getting people to acknowledge you by the gender you identify this. Several federal agencies agree that you are what you say you are, regardless of the body you were born into. There are others who say that is not so.

As a child, Alan Wright's name was Cheyenne.

Now, at 17, he goes by Alan. The transition has been a natural one for him but a struggle for others who don't understand he has always been a boy.

"It felt uncomfortable," he says. "It felt awkward. All the other girls were going through whatever and they seemed to be happy and developing well, and I was just miserable."

Jennifer Leininger, who runs the gender program at Lurie Children's Hospital, says while being transgender is relatively uncommon it is also perfectly normal.

"You can't diagnose it. It's not a disease. It's just a normal variation in human diversity," she explains.

Transgender students are increasingly fighting for the right to use a bathroom or locker room assigned to the gender they identify with. That right was affirmed in Palatine when the U.S. Department of Education forced District 211 to accommodate the wishes of a transgender teen.

Since then, several dozen families have sued the district, claiming the new rules violate students' privacy and safety.

"Schools are not the right place, they are the wrong place, for social experiments," says Cedra Crenshaw of the conservative grassroots organization called Protect Children; Preserve Families.

Her organization insists transgender students should be given separate accommodations.

"The point is that no child should be forced into an intimate setting in a school, like a restroom or a locker room, with a child of the opposite sex," she says.

"Everyone has the opportunity to us a single-stall bathroom if they feel, for whatever reason, the multi-stall bathroom isn't a good space for them," counters Leininger. "So, I would say no child is forced to."

Alan has the option to use the boy's restroom at school, but chooses a unisex stall instead.

"It's already hard when you're very insecure about your body. So the best thing people can do for us is give us validation and support," he says.

His mother is grateful to those who are accepting of Alan's gender.

"I love him for who he is," says Kathy Zobjeck. "I want him to have a happy life."

Alan is a student at Downers Grove School District 99. In the last year the district decided to construct single-use restrooms at each of its schools, as well as several private dressing stalls in the girls and boys locker rooms. Those are available as options to all students as they are needed.